This morning I watered the three plants I have managed to wedge onto my balcony beside the washing machine and propped up by a makeshift shelf so the rosemary and holly could get enough sunlight and I noticed something that I was assured couldn’t happen by reason of only having a single olive tree in a part of the world distinctly not known for them:         I noticed olives on a tree that shouldn’t have had any. 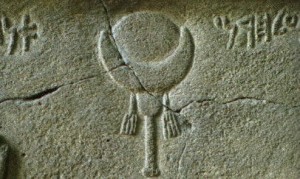 Pagans & Heathens et al have what can only be described as an interesting relationship to Time. For the most part there is less of an overt fear of our own mortality, we profess to a better and or more intimate appreciation of certain cycles than our contemporaries; we in effect have one foot in the past while we step forward into the future. This relationship however, has one prominent flaw: we’re often too damned slow to act. At barely some few days into 25, in comparison to many I certainly speak with youthful prerogative. Everything often seems to occur too slowly for one’s liking – which is a thought founded on the idea that there is a sufficiency, nay excess, of time with which to achieve one’s purpose. If I may be so bold as to say: the hour has long past the moment when we had even just enough time.

On the 26th of June, Tess Dawson at Polytheist published an article entitled “The Horror of Palmyra” which goes into an exposition about the current and past condition and use of the city of Palmyra which is both historically speaking of insurmountable archaeological value and religiously speaking one of a great many such sites which the arguably named Daesh (Da’ish/Da’eesh/ISIL/etc) have either destroyed or quasi taken hostage. Her distaste for the actions of the group is clear, her recounting of the various uses of the sacred site and the gods that have been worshipped there is rich and engaging. However by the end of the article Tess concludes the piece thusly:

“We need to nourish, hold, and maintain our polytheist spaces, our holy places, our sacred discourses, our necessary conversations, our holidays, our rites, our offerings, our blessed gatherings. We need to nourish, hold, and maintain these things on behalf of our deities, our ancestors, and each other. And we need to do this far more than any curse or call for vengeance. Indeed, these very acts themselves are revolutionary and the very things that Daesh and others would try to blot out. Do these things first, and then, only then, contemplate curses because vengeance is nothing when there is nothing left to avenge.”
-Tess Dawson, The Horror of Palymra

Tess is not the only person to have written about Palmyra at Polytheist either. Galina Krasskova is someone I openly respect and hold no small amount of admiration for; so it is a strange position for me to be in to use her as a way of demonstrating I find serious fault with.

Galina’s article “A Polytheistic Day of Protest and Remembrance”, is very much what I have come to expect from her: wise voice, powerful spirit and a refined passion resting beneath the surface. Truth be told, she reminds me of my mother in no small way in that she seems very mild mannered, brilliantly intelligent and sagacious but utterly fearsome when given to being impassioned. Her contribution is a prayer and offering for anyone and everyone to follow on the 31st of July, her proposed day of protest and remembrance – the prayer she includes with the article:

It isn’t hard to say why I think both these people are wrong in their proposed courses, because it is something that is seen regularly in the Pagan, Heathen and Polytheist et al population, substantially more than anything else. The somewhat recent Pagan Community Statement on the Environment demonstrates it again. Most articles written by Insert A. Name for as long as I can recall have shared attributes with the two I single out and the Statement; the conveyance of a belief that we still have time left. A persisting belief that there is still ‘enough time’ to solve the problem or defeat the bad guy or fix the planet – that there is time for solidarity alone to have an effect.

Tess and Galina both, fall back to a palisade oft compared to the creed “love thy neighbor” of predominantly Christian renown. While it is an agreeable thing to say ‘love conquers all’ there is an indisputable, imminent reality which quite violently says otherwise; and while I will wholeheartedly step up to the lectern to espouse just how humanity (and ostensibly by extension the universe around us) has changed in the intervening years, I would like to remind the audience that the Deity of the Old Testament is radically different to the one who practiced the aforementioned creed. Moreover it is well worth reminding that for all that we and those gods with which we align ourselves may have grown, developed or otherwise changed along with us, it is very clear that the changes have not been all too profound and what is possibility for us must surely be certainty for the gods.

There are no easy answers here: practically no white or black, very little red, green and blue and tumultuous amounts of grey yet that which transcends the issue is that the temporal component to much of what we do simply doesn’t exist. Whether it is because we ourselves are too hesitant or taken with sloth to act or the unpredictable nature of something like Daesh or the reality that nourishment and healing and solidarity are things that require time which neither we nor anyone else has anymore. Discourse won’t slow the slaughter of men or women or children; proper nourishment is chancy in the right conditions and a problem for another day in conditions such as these; the true inviolability of someone or something only comes about through a few avenues: respect for someone or something, fear of repercussion, a sense of awe, and expressions of power… Apropos Palmyra its worth remembering that the Ancient Egyptians and Mesopotamians and their contemporaries protected such sites with curses and not with prayers.

Perhaps it is because even We fear a reality where we can set ourselves to this kind purpose and experience the results, that we do not raise our hand honestly to the task set to us. Even the most simple of curses, bad luck, still holds such a powerful sway over the modern world and so perhaps it is because the fear of even this most childish of curses persists that we outright refuse to gird ourselves and issue forth greater maledictions.

I will. Not out of spite for the words of Tess or Galina, not for any conceiting belief in my power over the world, not to prove myself as some chosen vassal of a god or gods, not because I want a fight, not for any hatred of Daesh nor love of any one nation or more, certainly not because I think it will have some sudden and cataclysmic effect on them.

I’ll curse instead of praying, I’ll do it because as sure as there’ll be some lambasting comment about my character as a human being that results from this article I will be able to feel slightly less sick to my core when I read in the news that Palmyra is in rubbles and that humanity has irrecoverably lost yet another memory to Daesh and that I did everything I could have done to try and stop them; that I used everything I had to try and prevent them from demolishing Palmyra as though it were nothing but stones.

Moreover I’ll do it because without priests and guardians of its own to do this in its defense, someone has to do it on their behalf; their duties and responsibilities are now ours.

As I’m sitting here looking at my olive tree and thinking about the bee that probably found its way up here the other month, I consider what I did when I first planted the tree. I wanted to give it the best chance I could, I took the lungs and heart of a chicken, buried them on a painted bindrune at the bottom of the pot and sang a little charm I learned somewhere to make plants grow well. I did so fairly sure that it would do something, after all, my mother’s garden seemed to respond well to similar treatment. I look at these olives and I remember the quiet moment I had when I first thought that I had caused them to happen, that I had done something so small and ordinary but ultimately what should have been impossible. I think perhaps many of us, me included, are too ready to crush that little grain of faith in favor of certain skepticism.

So I turn myself to a new task at hand. I’ve resolved myself through word and now that resolve must be turned to deed and I consider the how of it, the phrasing of it, and the moment of it. I consider that my 31st of July will be the 30th for many who have read Galina and Tess’s words. I consider how they are the grandparents of this and that part of them should be in how it will be done. I consider the importance of Galina’s design that it be done nine times, the weight of Nine; nine months of pregnancy, nine days Odin hung from the Tree taking up the runes; nine times on one day, nine times on nine days perhaps; Tess’s words about vengeance and nourishment and necessary conversations and our rites; what makes Daesh seem powerful to us; what makes Palmyra so important; the powers of names… All these things come to mind and so too does Medea, a memory of an essay written in university. I wrote about her and Prospero and their magic; more figures come to mind be they legendary, mythological, fable or fact, historical or living; so many come to mind. I can’t consider myself their equal, not in ten lifetimes but thinking on them does help. With them in mind I put pen to paper and begin to make ready.

Design by Markos Gage, a.k.a The Gargarean, for Galina Krasskova’s undertaking. 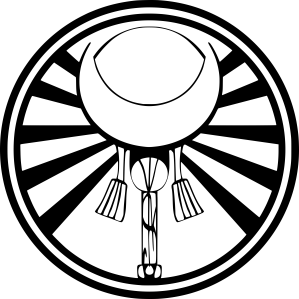 A silver tongued seductee of language, consumately un-settled and mortally afflicted with fernweh, Alan Evans learns for the sake of learning and the strangers-become-companions met along the way. He pines for the gods, teaches
English, learns languages, plays drums, understands people, makes love in four languages, writes and fights like only Australian grandson of an Irishwoman can and will salaciously flirt to death any ‘Wizard of Oz’ quips. Main site: Trees in the Train Station. Also contributes to The Elemental Witch.

14 thoughts on “Olives of Asperity”