A small contribution toward an animist ethics

Many of us who are concerned with reclaiming alternative visions of, and access to, our local landscapes regularly practice some form of path-forging; whether that be through the dérive or drift, urbexing, hiking, mushrooming, or foraging. And, naturally, practitioners of most of these discourses or activities have gradually developed ethical codes such as the urbexer’s ‘Take only pictures, leave only footprints’, or the mushroom hunter’s ‘Don’t over-harvest’. It strikes me though that such ethics – though not without merit – are primarily concerned with materially and outwardly focused considerations; such as ‘the law of the land’, common sense, conservation, and basic courtesy. What is lacking, from the animist perspective, is a consideration of the relationship between space and form, and the land as body.

This subject came to mind recently when I re-visited a spinney which runs along two edges of the local municipal park. A few years back when I was working in a rather dull but stressful job, detouring through the park on my way to and from the office was a precious time of rebalancing and healing. As I put it in my diary after a particularly trying day; ‘Received back my sanity from the trees-wind-greenlight-birdsong matrix.’ Yet this ‘matrix’ wasn’t something I knew intimately from the start when it was more of a ‘green space’ within which I noticed occasional events and changes; the movements of a woodpecker or the fall of beech mast. It only deeply opened up to me on the day that I noticed a person or people had cleared away a bramble entanglement around the edge of the park and forged a path between the trees. Curious I walked down this new trail and found myself suddenly secluded in a world of fine detail; wide cushions of wild violets, the spiral shells of white-lipped snails on tree trunks, and snake’s head fritillaries emerging ghost-like from the leaf litter.

In the past decade the park has twice been shrunk by the local council in order to create car-parking for a new supermarket and other commercial premises. The path through the spinney, it turned out, was a reaction to this and part of a wider local grassroots initiative to reclaim the park as a place of commun-ity; which also included the creation of a guide to the park’s trees and wildlife, and the construction of an outdoor ‘story-telling area’ at the boundary between the library and the park itself.

Eventually a change of job curtailed my regular walks in the spinney but I managed to visit again twice this summer and found the place sadly changed. On the first occasion, in June, I noticed a pile of woodchip had been left at the entrance to the park but didn’t think much of it. The wood itself seemed unfriendly and darkly brooding in a way I had never felt before. A month later I returned and discovered why. The local council, taking a good idea and running with it in the wrong direction, had spread woodchip throughout the spinney; ostensibly to make a less muddy trail. The single path through the undergrowth had been replaced by a sprawling multi-tentacled space in which all the undergrowth was erased and the trees marooned in small, isolated stands. The ground was strewn with litter and people had been lighting fires with the dead wood intended as insect habitat. There was no atmosphere and no presence. The spinney was a coherent being no more – it was literally de-spirited.

This was the moment I realised that a path is a fissure. This sounds rather negative but it needn’t be. In many cases fissures are what allow life and communication to happen; orifices facilitate respiration, consumption and excretion; the air in the spaces between us allows sound – songs, signals, calls and words – to travel from one being to another; and so on. In that sense spaces and passages are necessary to our existence, and certainly essential to animist practice which is about developing communication and intimacy with the Other-s. But still, a path is a fissure. This means that if we create a path without due care and reflection, or if we create too many paths, we can unduly fragment a landscape or land-being such that it can become vulnerable to damaging incursions or infections. In the worst-case scenario an excess of fissuring can even amount to butchery. 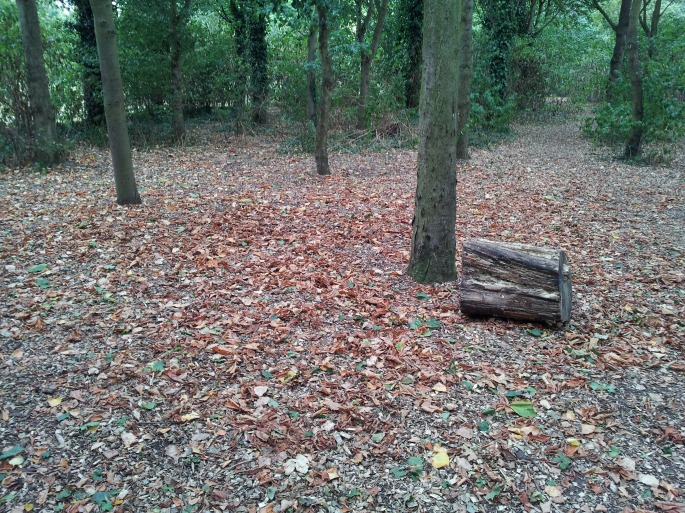 A single narrow path had opened up the spinney just enough for it to become a place of communion and communication between local people and the Other-s (trees, plants, birds, spirits), yet many paths – forged only with utility in mind – had dispirited it. I am only just starting to process the implications of this experience but when out in the landscape I already find myself asking questions such as, ‘If there is no path here now, what are your motives for making one, and what might be the implications?’ Among other things it has changed how I physically approach the being-fields of local genius loci, and it has altered how I approach the practice of drift-walking.

This week I found myself at the boundary between a cemetery and a wood. There was no path between the two but there was the possibility of forging one. Usually I let drift-walking take me along without self-consciousness as much as possible, but in this case I paused. It is hard to describe what I felt but it was a little like that sensation when you are swimming in a lake and your feet contact a colder layer of water than the rest of your body is feeling. I could have used my body to draw one side through to mingle with the other, but to what end and with what consequences? In this case it felt wrong and I held back, turning my footsteps in another direction.

In J.R.R. Tolkien’s Lord of the Rings, there is the famous passage; “there was only one Road […] like a great river: its springs were at every doorstep, and every path was its tributary. ‘It’s a dangerous business, Frodo, going out of your door’”. There is considerable value in recognising the inter-connectedness of existence. Much damage has been done in my local area by the false notion that you can place ‘nature’ in a box and expect it to survive. To slightly belabour Tolkien’s metaphor, however, the water-cycle is far more complex than springs, tributaries and rivers. There are puddles, standing-pools, marshes and deep aquifers, all of which behave and interact in different ways and within radically different timeframes. A pond in the woods, though ultimately part of the whole water-cycle, may on a day-to-day basis effectively be a distinct being and not a tributary at all. As such to create a passage between it and another water-body might be to drain it or to fill it until it became an entirely different type of entity. ‘Going out of your door’ then is not simply dangerous to the self but also to the Other-s. This is not to say we shouldn’t do it – as I’ve said creating pathways is existentially necessary and desirable – but it asks of us (especially those devoted to the cultivation of relationship and intimacy with the Other-s) to exercise a certain ethic of attention and care.

As for the spinney … even if it recovers its structure I don’t know if it will recover its spirit-s. On a visit this morning I noticed fruiting bodies of fungi dying on an unused pile of woodchip and was lost between sadness and hope. 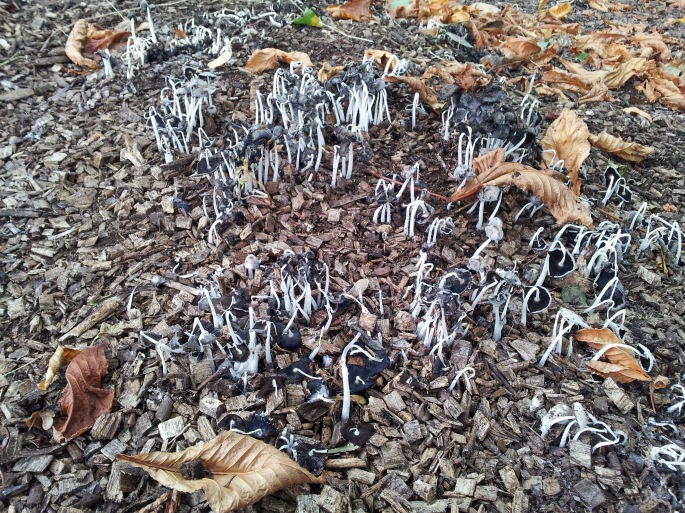 11 thoughts on “The Path as a Fissure”