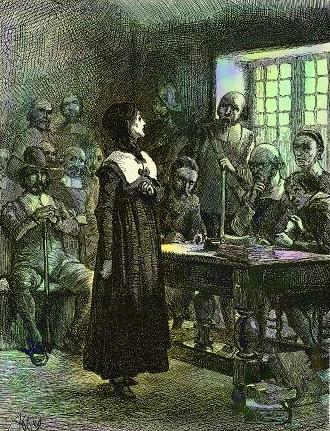 Some of us are Marxists, but some of us are not. Personally I identify more with thinkers like Kropotkin and Bookchin, but it doesn’t bother me that some of my fellow writers here like Marx more than I do. One of the reasons I don’t identify with Marxism is that the anarchist Bakunin tried to warn Marx of what would happen if people used state power to implement his ideas. History seems to have proved Bakunin right, but that doesn’t make Marx personally responsible for the crimes of Stalin or Mao. Anarcho-communists who read Marx certainly cannot be held responsible for the crimes of a totalitarian state they would have resisted with all their power. So, even though I don’t hold the exact same opinions as some of my fellow writers here, I’m proud to stand with them in resistance to capitalism. We don’t all speak with one voice and we don’t have to.

Which brings me to the topic I’d like to discuss today. Dr. Bones recently published an article called “Against Tradition,” where he discusses his own antinomian attitude toward spiritual traditions and divine beings. During a visionary dream of the goddess Hestia, Dr. Bones refused a direct request to become her servant. This got me thinking. My chosen religious name is Gilbride, which means “Servant of Brighid.” In the human world, I fight against power systems and identify with anarchism. In my religious life, I describe myself as a servant and am fully comfortable with that role. Is this a logical contradiction? Not to me. That doesn’t mean I think Dr. Bones is wrong, it just means that I base my decisions on different ideas and come to different conclusions, because Dr. Bones and I have had different experiences in life. For us to agree about everything wouldn’t make any sense, which is exactly why the idea of a monolithic Gods and Radicals conspiracy is so ridiculous.

So why am I comfortable with calling myself a servant of Brighid? There’s a Bob Dylan song with the line “it may be the Devil, it may be the Lord, but you’re gonna have to serve somebody.” I’ve always liked that song. I don’t agree with the dualistic theology expressed in it, but I still like it. It expresses something that I think is true: our actions in the world will always tend to promote, support and further (or “serve”) whichever power or principle we center our lives on.

If we center our lives on a human leader, our actions will promote, support and further that leader. Even if that leader turns out to be corrupt, self-serving, or incompetent. This process can be especially poisonous in spiritual communities, where the members risk handing over their deepest inner selves to a wolf in sheep’s clothing. There are people who lead with the best interests of their followers always in mind. Still, I choose not to serve any human leader.

If we center our lives on one of these vast and numinous powers we call the gods, then our actions will promote, support and further whatever that power represents. Brighid is a power of inspiration, creation, healing, justice and peace. I have no problem promoting, supporting and furthering those wonderful things. I choose to serve Brighid.

In person, I tend to be assertive – at my worst, I tend to be arrogant. Thinking of myself as Brighid’s servant doesn’t create an imbalance for me, instead it counters the aspects of my personality that don’t live up to my own values. Another person, loving Brighid just as much as I do, might feel uncomfortable with the word “service.” That’s fine, because there are other words and other ways of being in relationship with her.

In my own dreams and my own visions, I have refused point-blank instructions from spiritual entities on some occasions, and accepted those instructions without reservation on other occasions. What determines my decision to accept on one occasion and to refuse on another? Nothing but an inner sense of the truth and rightness of what I’ve been told. If it feels right and true and in line with my highest vales, I do it. If it doesn’t, I don’t. Brighid has never once told me to do anything against my inner sense of truth and rightness.

The religious equivalent of anarchism is known as “antinomianism,” a word meaning “against the law.” Antinomian religious movements reject the claimed authority of spiritual leaders and the laws they would seek to impose on others. Instead they insist on the right of the individual to decide, based on the inner light of one’s own understanding. I claim this right for myself, which naturally includes the right to place myself in service to that which I believe is worth serving.

Christopher Scott Thompson is a writer, historical fencing instructor and founding member of Clann Bhride, the Children of Brighid. He was active with Occupy Minneapolis and Occupy St. Paul. His political writing can be found at https://alienationorsolidarity.wordpress.com/.

19 thoughts on “The Politics of Spiritual Service”