Greece wasn’t really, technically, on fire. Most of it was just falling apart. This was 2011, and austerity measures had been hard at work for a few years already, gutting the economy, destroying lives, and driving half the population to xenophobia. There were a lot of anarchists in prison there, at that time. Well, always. But I was paying extra attention to it just then because I was on a ferry from Italy, heading to Greece for the first time in my life

It was a year of dark epiphanies, a year during which I wrapped my head around a lot of adult, scary bullshit. It was the year I put the words “anxiety” and “panic” to the demon that’d been plaguing my brain. It was the year I realized that actions have consequences beyond immediate and physical ones like getting arrested or injured or sick. It was the year I started to grapple with the divine, death, and family.

I spent two days and a night on the floor of the deck with the other people who don’t have the money for cabins. I watched the Mediterranean go by and tried not to terrify myself with what the Greek border guards might make of me.

“Fuck,” I said to myself, hopefully sub-vocally, “I wish I believed in God.”

To know the divine is one way to gain the strength to move past fear. It would be a lot easier to have that comfort to fall back on.

I wondered for awhile if it’s possible to wage war without faith. Faith in God is probably the common type, but I bet the hordes of godless communists and anarchists who fought fascism in the 20th century had faith of another sort.

The anarchist martyr August Spies (d. 1887) stood on the gallows and shouted: “the day will come when our silence will be more powerful than the voices you strangle today.” That’s a kind of faith.

He was right, what’s more. The martyrdom of him and his four compatriots spurred a national discussion of labor issues and won a great number of people over to anarchism. His grave in Chicago is, ironically, a federally-recognized landmark.

I do have faith. I believe in anarchism—I believe that freedom is a relationship between people, not something doled out by a state or a church or something that springs forth from our wallets. I believe it’s worth fighting for that freedom, even if it scares the living shit out of me to stand up to cops and jailers and all of their ilk. I believe that these ideals, these relationships of freedom we forge in life, will survive my passing.

But on that ferry, I just wished I believed in God. It seemed a simpler way to accept mortality.

The ferry landed, and I got into the country without a hitch. I stumbled my way through a month or so of trying to be useful to the people I care about and the global movement I love. To be frank I’m not sure I had much success at either.

Tradition is a myth, a story we tell each other. 364 days and 23 hours of the year, I despise Christmas music. When I’m with the family I rarely see, at the darkest time of year with the cold about to set in, I understand it. “We’ve grown a little older, we’ve grown a little colder,” goes one chorus.

My immediate family is getting older without a younger generation taking its place, and my extended family seems to be drifting apart. We’re Catholic—culturally at least—and it’s only at Christmas that I see more than a few of my relatives. Christmas Eve has never been the same since my father’s parents died. We get together at the same house, eat the same food, sing the same songs, and it isn’t the same.

Tradition, in a conservative sense, clings to a fictitious, static way of being. Nothing stays the same in this world. The rapid pace of technological development and population growth in the modern era makes the inevitability of change readily apparent, but I believe with all my heart that the environment and the ways of life we develop to interact with that environment have always shifted from generation to generation. The conservative understanding of tradition is a violent lie we tell one another to force conformity to an illusory ideal.

At its best, tradition is a buoy in the chaotic and metaphorical sea of time. It signals the way to shore or at least gives us something to cling to so as to catch our breath. We are not beholden to tradition. It doesn’t confine us, it doesn’t trap us in the past. I’ll call this the liberatory interpretation of tradition mostly because I like the word liberatory (a word which doesn’t exist even though my friends use it all the damn time).

Since no one has ever had much luck forcing me to conform to anything, I’ve never personally been much affected by the conservative understanding of tradition. I’ve never presumed to do what my family says ought to be done. But it took me until the year of dark epiphanies to appreciate the liberatory version.

Winter holidays are the vain and beautiful attempt to drive back the sorrow of aging.

It doesn’t work, in the end, but of course in the end the dark and the cold come for us all.

The men in my family drift in that liminal space between paganism and Catholicism. One winter, one of them said to me: “the reason I like Catholicism is that it’s essentially polytheistic. We revere the saints, each a different aspect of the divine.” Well, I paraphrase him. The next year, he declared he was a pagan. He calls me on winter solstice, sometimes, to wish me a happy new year’s. It warms my heart.

Another dark year, anxiety was doing its best to destroy me. Chest pains, numbness in my limbs and jaw, headaches, and every morning I was wracked with hot and cold flashes for hours at a go. It wasn’t that I wanted to die, it was that I knew I was about to.

“You have a guardian angel,” my family told me.

My grandfather was Catholic, probably wasn’t very pagan. He designed ships for the navy, and once they were built he’d make the captain drive them into the worst storms they could find. Safety testing. He stood out on the deck and let the wind and the rain and the waves try to tear apart these ships he’d designed. According to my family, the same divine creature watches over me as watched over him.

It’s easy to poke holes in this. But when I want to be brave, sometimes I think about my granddad on one of his ships.

People are up in arms about how the word “literally” can now, according to the dictionary, be accurately used to mean “figuratively.” People think this is literally the worst thing ever. This never bothered me, personally. I actually thought it was kind of cool to have an expression of hyperbole so strong it says “this isn’t even hyperbole.”

When I think about a literal understanding of the divine, this ambiguous meaning is perfect. My granddad literally had this invisible dude (not God, a minor dude in the invisible pantheon) watching his back who kept him from drowning. When I say literally, I mean figuratively but he meant literally. But it’s the same word because it’s the same thing, in the end.

It’s a shame about what happens when people take their literal gods too literally of course, and start denying that the other people’s literal gods exist. And for all my newfound acceptance of my upbringing, I think it’s outright monstrous to tell a child that if they don’t behave they’ll be tortured for all eternity. But the evidence against every religion that’s ever held power is clearcut and well-documented, unnecessary to explore herein.

Near the end of that dark year, I developed a faith, of sorts. It’s one of the mix-mashed things that takes a reverence for the universe and throws some metaphorical (literal!) gods on top. I’m old enough now that I’m willing to accept that I’m culturally Catholic, but it would be just as honest to call myself an atheist as a pagan. If religion is a metaphor to help us make sense of the fact that we’re skeletons inhabited by colonies of microbes and stitched together with bloody meat, then I figured I could use one. I’d be a chaos magician who doesn’t believe in magic.

My fabricated faith doesn’t do shit for my anxiety. I tried for awhile. I had this mantra: “I am of the earth. I will return to the earth.” I said it to myself as panic came over me in waves, and to be real, it didn’t work. A darker epiphany still: I gave it all this thought, but religion wasn’t enough.

It’s been mostly the detached, scientific Cognitive Behavioral Therapy—and the tools it taught me—that’s gotten me through. As the worst things in my life happen, I go to self-diagnosis mode: how am I feeling, concretely? On an emotional pain scale of 1 to 10, where am I? Where do I think it would appropriate to be? How long does each wave of panic or grief take hold of my mind? How long are the intervals between?

Those are the kinds of questions that work for me. Better than invisible dudes or nature-is-god or even freedom-and-anarchy-are-all-that-matter.

But coming to know the divine, in my own way, has helped me understand the bigger picture. It’s helped me come to terms with the arc of my life, of the role I play as a strand in the woven twine of my family, my movement, and human history. I feel more connected to the earth, I feel more comfortable with the inevitability of my own death.

All light comes from darkness, after all. 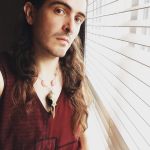 is an author and editor who travels with no fixed home. Margaret’s most recent book is A Country of Ghosts, a utopian novel published by Combustion Books in 2014. Find more of Margaret’s words at Birds Before The Storm.

This work was originally published in our first journal, A Beautiful Resistance: Everything We Already Are.

2 thoughts on “The Year Of Dark Epiphanies”