Things are rough in the United States, yeah? We’re in terrifying, fearful times, and it doesn’t seem like there’s much we can do about it.  There is…but I’ll get to that stuff in a minute.  First though, I think we should be hopeful, and maybe even a little excited.

That sounds awful, I’m sure. And before I continue, let me say I understand why we should be panicked. The right and far-right of American politics is about to take the reins of the largest and most violent empire the world has ever seen. They’ll have control of the military, the congress, and the courts. They’ve already said they intend to dismantle most of the civil rights protections, benefits, and social programs that not only keep many of us safe, but keep the most vulnerable amongst us alive.

That’s terrifying, yes. We should be very worried, and I’m not going to tell you otherwise. Anyone who tells you not to worry probably hasn’t taken the time to see how bad things are going to get, and maybe even stands to benefit from the new regime.

I don’t mean you shouldn’t worry. You should. But you shouldn’t be terrified, because terror will cripple you. “Terror” is what was used to bring in most of the government surveillance that’s about to be used against us. “Terror” is why many environmentalists in the last decade were imprisoned. “Terror” is also why most of the police forces in the United States are now as armed as military units overseas.

We must not be terrified.

Instead, we should be excited. Not for the rise of the far-right, for nationalism and white supremacists and fascists and Christian fundamentalists. Not for the suffering of our friends, nor for ours, nor for the coming violence against everyone who doesn’t fit into the plans of our new masters.

We should be excited because we suddenly have a chance we didn’t have before. This is a crisis, absolutely, but it isn’t just ours. During the summer, I wrote of the impending death of Liberal Democracy. That time is upon us.

Environmental destruction, climate change, and extinction are all the effects of capitalism. Racism, patriarchal violence, and the oppression of the poor and disabled are requirements of capitalism. And the government, the ‘State,’ is how capitalism survives.

This is why no real change has ever happened regarding climate change. Why no government has ever truly stopped racist oppression of minorities in any country, why life has never been fully livable by the poorest and most vulnerable. The State serves capitalism, and fascism arises whenever they are under threat. If capitalism and the state are under threat, though, who is threatening them?

Anti-government and anti-capitalist protests around the world have only increased in the last 20 years. Entire countries in Europe have become ungovernable because of the people’s unwillingness to play along with elected leaders who promise them only austerity, more war, and the hope of eventual reform. Entire towns and regions in Spain and Greece, for instance, are de-facto autonomous zones.  In smaller regions of France it is the same.

That is, empire is crumbling, people are finding a new way to live, and governments and the rich everywhere are on the defensive.

First off, this link is amazing. It’s the “Oh Crap, What Now? Guide” and is a great resource for pretty much everything you might need to know to prepare yourself for what’s coming. It was previously attacked by new/alt-right goons, but it’s in a more permanent place now.

From Anarchist Resistance NYC’s manifesto, “The Days After the Election and the Days Before the Revolution”

The liberals promised to protect everyone with nothing but a ballot, and now they have been routed and are publicly conceding on all fronts. They are asking us to passively accept whatever injustices Trump has planned for us, for our neighbors, for our friends, for our co-workers, and for those comrades we have not yet met. We have never believed in hiding who we are or being ashamed of our liberatory aspirations. We know the power of solidarity.

From the statement of #DisruptJ20,

From day one, the Trump presidency will be a disaster. #DisruptJ20 will be the start of the resistance. We must take to the streets and protest, blockade, disrupt, intervene, sit in, walk out, rise up, and make more noise and good trouble than the establishment can bear. The parade must be stopped. We must delegitimize Trump and all he represents. It’s time to defend ourselves, our loved ones, and the world that sustains us as if our lives depend on it—because they do.

There are a lot of things that might happen. The status quo might lurch along, drifting towards the right. An emboldened white nationalist populism is likely to strike out against Muslims, immigrants, gender minorities, and visible members of the Left. Trump might fulfill his campaign promise to turn America into exactly the kind of country 400,000 Americans died stopping Germany from being in World War II.

Any or all of those things might happen. But political struggle does not begin at the ballot box, and it certainly doesn’t end there.

From Resistance Matters: Strategies for Coping With These Times, an essay and guide to resources by T. Thorn Coyle:

“The vote is coming from inside the house” says this article on Jacobin. We highly recommend it—and it’s also beautifully written:

Whatever the cause, something is different here. One age is dying, and another is rearing its head.

This election was a reckoning, a bastard starchild of extant forces, the magnetic fields already bending and shearing the planet. Listen carefully, and you might hear the same fascist baying from country to country — from Japan to the Philippines, India to Russia, from Jerusalem, Athens, Budapest, Paris, London — and now, from New York City.

A weirdly pagan resonance, being picked up around the world on some fascist subterranean frequency — the rumblings of a dark monitor stone, now come to life. And now, this dumb, appalling power, this brute force, unenlightened by conscience, unencumbered by pity, is America’s destiny.

AK Press has made several of their digital editions free to help people get a handle on what’s happening. Here’s the link.

We’ve also reduced the price on digital editions of both editions of A Beautiful Resistance. You can get either of them for $4.

We also highly recommend reading this document on security culture, and this essay by Peter Grey for a magical perspective on the matter. And please consider getting encrypted email. We’ll have a post from a tech professional on this later in the week.

We have also posted the first of our own resource documents on Solidarity Networks. We have more coming, including a disaster- and crisis-preparedness document written by an emergency management professional and the aforementioned article on security.

Pagan Anarchism is now available as a digital download. To find information on all our publications, go here.

And we’re doing pretty well so far on our solidarity fundraiser. If you can help us, that’d be awesome… we really want to pay our writers! 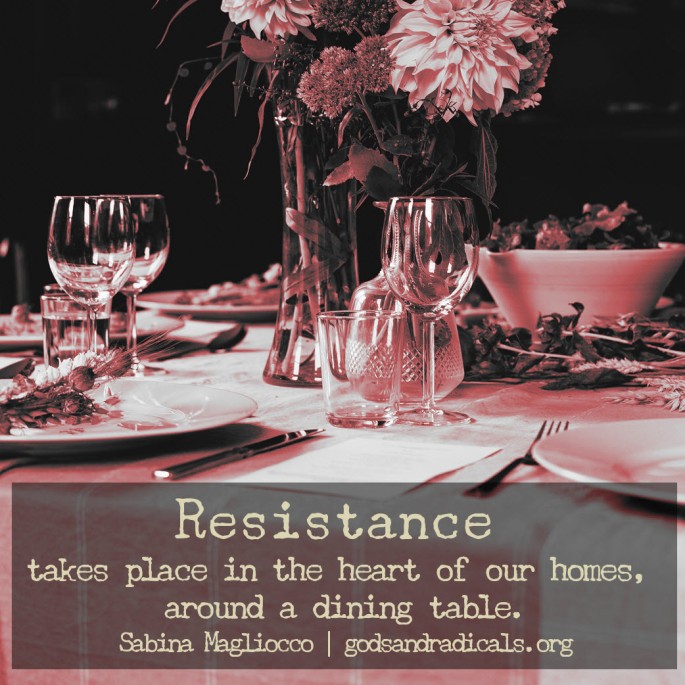 2 thoughts on “Dancing in the Ruins of Empire”