A Beautiful Resistance: Left Sacred is the third issue of the Gods&Radicals journal. This is the foreword, by Margaret Killjoy.

These are the moments we’re made for, you and I.

There’s a scene in a movie I love, a scene I think about far too often. The movie is Edelweisspiraten. It’s about the Edelweiss Pirates, a youth subculture from Weimar Germany that started as a sort of cultural resistance to the authoritarian and patriotic norms of Nazi Germany and transformed into an autonomous guerrilla resistance force as the situation became more dire.

At one point, our heroes—let’s be honest about what they are, heroes—are raiding a Nazi storeroom. One of the Pirates is terrified. He’s freaking out. “C’mon guys, we’ve got enough, it’s time to go.”

That’s me. I’m the scared kid. I’m fucking terrified of what’s to come. I’m fucking terrified because I know I’m going to fight and I know that I’m not constitutionally built for conflict. I know both of these things because of years of experience in fighting for what I believe—sometimes physically—and the years of anxiety and therapy and PTSD that have been the result.

Despite the toll that fighting has taken on me, I wouldn’t go back and change a thing. These are the lives we were made to live. The work we do, in any field, will slowly destroy our bodies. I wear my trauma like I wear my tattoos and I will not let myself be ashamed of either.

Cultural shifts are the long game of revolution. When I write a novel, my hope is that one day someone will read it, consider my point of view, and adopt the parts of it that make sense to them. Since every action is a spell cast for more the same, writing books is a spell cast for more people to write books. Books are not revolutions. But ideas can spread this way—hopefully less through individual “great” works that influence everyone as much as through many books with many ideas that permeate through numerous iterations by numerous authors and artists of all sorts.

Cultural shifts are the long game, but they are starting to bear fruit. We’re starting to win some major battles. Ideas that only a half a generation ago belonged only to the radical fringe—like a culture of consent or the self-determination of gender—are mainstream.

The rise of reactionary politics—exemplified in the English-speaking West by Brexit and Donald Trump—is just that: a reaction. It is the last, desperate attempt by a dying cultural force. It’s an attempt we need to take seriously. It might still win. But while the reactionaries have been the ones to move the war into the political realm, it was a war we started. We started it by challenging the cultural status quo. We started it by daring to be ourselves, by daring to be free.

Cultural shifts are the long game. It’s time to focus on the short game: politics. Fortunately, the immediacy of the situation removes electoral politics—perhaps the most banal and impotent expression of politics—from our toolbox. When I say politics, I simply mean “the ways in which we organize power within our society.” It’s time to take that power ourselves and spread that power out to others. It’s time to transform our aesthetic cultures in cultures of resistance. It’s time for action.

Every action you take is a spell cast for more of that action. Defend people. Stand up to bigots. Hospitalize bigots if need be, or maybe get hospitalized in the attempt. Spells are often costly. That’s fine. They should be. The work we do might destroy us.

For decades now, at least in the Western world, politics have remained locked in place. The status quo was a pin thrust through the heart of our society, sticking us in one spot on the board of possibilities. Elections, then, were like a mob of people gathered around the pin, carefully unsticking it, and shifting it by scant inches before thrusting it firmly back into place.

That pin is unstuck. It can move in any direction, any distance.

It was our enemies—let’s be honest and call them what they are, enemies—who unstuck that pin. But their hold on it isn’t secure. If we act, now, we can take hold of our lives and our culture and make a break with the awful reality of the old status quo, all while fighting those who would turn the bad-dream world we’re used to into a living fucking nightmare.

My metaphor of a pin in a map falls apart pretty quickly, though, because it’s not a single pin. It’s millions, billions of pins: each of us as individuals and communities. As an anarchist, my job isn’t to move every single pin—every single person, every single community—to the position I hope to occupy on the political map. My job is move myself and my community. My job is to help others move themselves to where they hope to be.

These coming years probably won’t go well for us, but let’s be real: on a long enough timeline, nothing does.

We’ve been preparing for years and decades. We’ve been laying the seeds of resistance. It’s time to see what we can harvest.

I hope we are ready, because it is time. 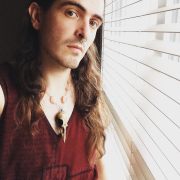 Margaret Killjoy is a gender-deviant author and editor currently based in the Appalachian mountains. Her most recent book is an anarchist utopia called A Country of Ghosts. Her next book, The Lamb Will Slaughter the Lion, is forthcoming from Tor.com in 2017. She blogs at birdsbeforethestorm.net.

A Beautiful Resistance: Left Sacred is available for pre-order at a discounted rate. 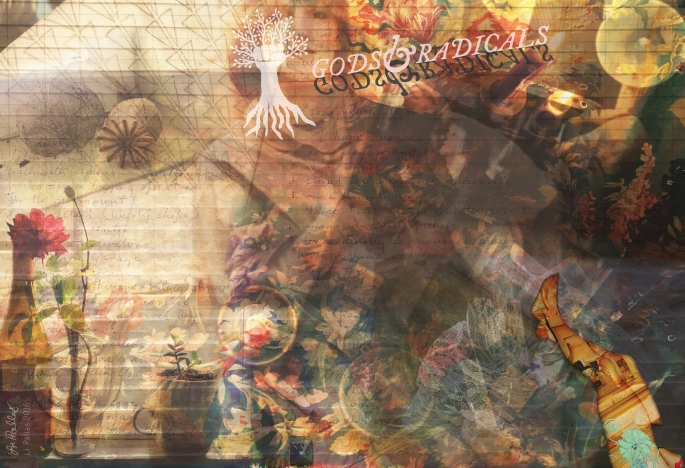 One thought on “Foreword to A Beautiful Resistance: Left Sacred”