No, the first that we are enjoying here is of a different variety. In talking about it, I feel as if I’m living in a very strange dystopian cyberpunk novel, minus the cheesy 80’s VR they were so sure would be wedded to the internet before it was called the internet. It is surreal, like some alien species obsessed with comedy is manipulating world politics to troll the people of Earth. But the reality is actually beyond surreal, it is Patæconomical.

The person occupying the White House is not human, but is in fact a corporation. A living corporation, The Trump Organization has found itself a body and is living almost as if it was fully human.

But that was my first clue that is was not fully human: how it lives, or imitates living. What he eats is a steady diet of fast food interrupted occasionally by meatloaf. The Trump Organization eats like a garbage disposal doing double duty. This would be startlingly, almost comically unhealthy, if one didn’t realize that The Trump Organization doesn’t actually need food to live, or at least very much. Like every corporation, it needs money to live. The fast food and junk food being eaten is probably a marketing tie-in deal, with the cooked meat slurry in a loaf there to keep the body standing. I have visions of the cooks being directed to put ground-up Centrum Silver pills in the food by The Trump Organizations loyal aides, since a corporation probably doesn’t realize a body needs vitamins and minerals along with basic protein.

It’s hard to say when The Trump Organization got a hold of the body. It is older than the-what-was-once human Donald Trump, and certainly Donald Trump was born human; certainly. One then has to ask, how did it happen? How did one of these vampire egregores grab hold of a real living body and start using it like a swim suit? Was it all at once? Did it happen slowly over time?

Here at the Patæconomical Institute for Sociological Study, we have been pursuing the latter hypothesis with vigor, and we are keen to getting this figured out. This development does not bode well for the human race. It was one thing for the corporations to devour our time and use us for distributed computing hardware, but to occupy a body and to get that body elected to the office of the President of the United States? This is an unprecedented development, and troubling. Troubling because, in case you’ve missed what I’ve said about it before, there is a fucking war on, and we the humans are losing that war. Clearly and certainly, a corporation has attained unto the power of Nuclear Weapons and the presidential twitter account. Gods and ancestors help us all.

However, let us get back to the matter of when The Trump Organization seized the body. Though it is possible that the takeover began as Trump was conceived — explaining both his narcissism and sociopathy, traits that the healthy corporation has, as well as traits that would leave the future meat puppet with little soul to compete with — it was probably after he had started to market himself as both brand and brand mascot that the takeover was accelerated and accomplished.

Could it have been in 1988 that The Trump Organization began to affect Donald Trump’s judgment? In 1988 he purchased the Plaza Hotel, at a price that he himself claims,

I haven’t purchased a building, I have purchased a masterpiece — the Mona Lisa. For the first time in my life, I have knowingly made a deal that was not economic — for I can never justify the price I paid, no matter how successful the Plaza becomes.

In fact, it was not successful while his wife, who he put into place as the hotel’s president, ran it. It made enough to pay for operations, but not enough to pay the debt he owed on it. Trump was always a sleaze, but it was in the early 90’s that he went from being a “normal” sleazy New York developer to something else entirely.

IF YOU’RE WONDERING what the Plaza Hotel looks like, or perhaps have an itch in the back of your brain like you may have heard or seen it before, that is because you likely have, if you’ve ever seen Home Alone 2: Lost in New York. The hotel where little Kevin stays is the Plaza. And it is one of the first appearances of Trump, not Donald, but Mascot Trump, The Trump Organization’s corporate mascot, usually known as Trump.

Everybody got that? Good!

We shouldn’t forget the Trump game that sold poorly, due in part to it being a shitty game apparently. Trump’s movie appearance was perhaps not the first, but at the time definitely the most widespread appearance of Trump, and not Donald Trump. In a product placement deal (no doubt including outrageous charges for rent during the filming) that could not save his hotel from being partially sold to his creditors in exchange for debt forgiveness, Home Alone 2 was filmed at the Plaza, and Trump got a cameo appearance.

The Trump Organization had made its first move, and Donald Trump the man was just starting to feel the water swirl as his soul slowly started circling the toilet bowl of the astral. Where does narcissism end and being ridden by a vampire egregore begin? It begins here. A hotel bought for a stupid amount of money by Donald Trump’s own admission, and the use of it by The Trump Organization to begin Donald Trump’s final transformation into mascot and meat-puppet.

By 2004 the Trump brand/mascot was ready to grow some more, and why not build the brand while simultaneously looking for more victims/employees? The Apprentice aired that year, and with it, the solidification of the identity of its fictional mascot. Trump crystallized during the run of The Apprentice. Everything The Trump Organization wanted you to believe about Trump was projected onto the brains of millions. Every TV show has fans, and this was the ultimate coup for The Trump Organization. Eliminate Donald Trump’s soul, get out of real estate development which has a lot of risk, and just license the brand and its mascot.

Trump also appeared during the run of The Apprentice on WWE. What transpired isn’t important because it’s the WWE. It was all scripted. And that is what’s important: at no time did Donald Trump appear on screen. Trump was on screen in a completely scripted role made just for Trump. This was the time when people looked upon what ostensibly is a real person, but was swiftly becoming entirely fiction. Donald Trump made several appearances on WWE, each one expanding and building the brand for The Trump Organization, expanding and building the brand mascot narrative character, and slowly eating away at Donald Trump.

Remember this! When not scripted, The Apprentice was edited to paint a completely different picture than what happened. All reality TV is. WWE is completely scripted. This is the essence of magic. The rituals are fiction but the magic is real. The Trump Organization ritually repeated the Trump mythos, like a product placement (oh my, are you wondering if advertising is magic now? Well why not!), until enough people believed Trump was what The Trump Organization said it was.

The year 1988 was also the year that Trump, or maybe at the time it was Donald Trump, started playing with the idea of running for office. Trump has had many political ambitions and affiliations over the years. Most of them all have one thing in common: it was big talk from a man with a tiny dick.

The difference now is that in our most recent election, talk translated to action and then accomplishment. This accomplishment caught many by surprise. “What?! How?!” was basically the reactions of many, even people that hated Hillary. Everyone that was surprised — everyone — had a deep unfamiliarity with the value of brand marketing. Trump did not win on class, eloquence, looks, policy, integrity, morality, basic human decency, or any of that other crap that politicians try to trick you into believing that they have. He won on brand recognition and brand loyalty. 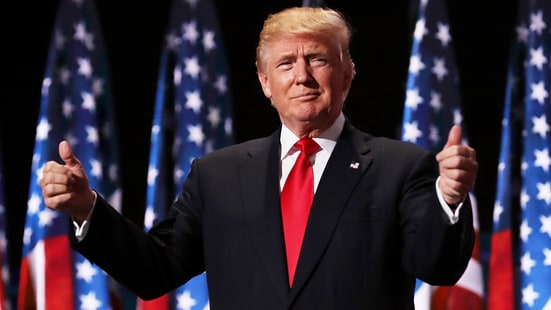 TO BE CLEAR, Trump won the election because he, as a brand, goes back to 1988. He had 12 more years to work on selling that brand, in any way he chose, to whomever would buy it. Hillary, on the other hand, officially started her political career and her political “brand” in her 2000 run for Senate. During the time she served in office, she sponsored 31 pieces of legislation, 3 of which became law: a law that, in Troy, New York, establishes the Kate Mullany National Historic Site; a law that names a post office after Major George Quamo; a law that renames a U.S. Route Highway after late journalist Tim Russert.

Serving on the budget, Armed Services, Environment and Public works, Health, Education, Labor and Pensions, and Special Committee on Aging, and those laws were the length and breadth of what Hillary had accomplished as far as actual legislation. Not hard to see why so many, even though they hated Trump, saw her as being fake.

People will actually accept any amount of fake if you market it right. Just look at Trump: he doesn’t even have a soul or a mind independent from the vampire egregore of The Trump Organization; he’s so fake that he isn’t even human anymore, but because of brand marketing he seemed more real than Hillary.

Trump is then the natural evolutionary flow of the original marketing techniques created by Edward Bernays. Fast Eddy thought people were stupid and that you could say anything to them and they’d just eat it up. Fast Eddy started his career as a press agent in 1913, and more than 100 years later we live in his world. The things he created rule that world, sit in the offices of power, and devour the days of our lives, feeding off our lives to fuel the parasitic unlife that is their own.

Bernays is perhaps one of the most powerful sorcerers of the 20th century, if not ever. Forget Crowley, that hack only ever accomplished starting a religion as pathetic as he was. Bernays spawned a legion of monsters, like a real life Sutter Cane from John Carpenter’s In the Mouth of Madness he opened up our world to a Lovecraftian nightmare. Legions of priest-like advertisers pour over reams of electronic marketing data, serving his creations and deepening their hold on us, their sustenance.

A Discordian for 20 years, Patacelsus finally got comfortable when the 21st century “started getting weird.” When not casting sigils, taking part in Tibetan Buddhist rituals, or studying the unfortunate but sometimes amusing stories of the dead, he’s been known to wander the hidden ways of the city, communing with all of the hidden spirits one can find in a city. As Patacelsus sees it, we’re all already free; after completing the arduous task of waking up to that we can then proceed, like a doctor treating a patient, to try to rouse others from the bitter and frightening nightmares of Archism. He laughs at Samsara’s shadow-play in lovely California, in the company of his wife, two cats, and two birds.

Gods&Radicals has hosted some amazing release parties for A Beautiful Resistance: Left Sacred. Our final one is in Baltimore on 19 March, 2017.

One thought on “Trump: The Living Corporation”