It is the first of May.

For Pagans, witches, and druids, this is Beltane, a celebration of the beginning of summer observed almost continuously in much of the European world for centuries.

For Marxists, Anarchists, and revolutionaries of all sorts, it is international workers’ day, a commemoration of the Haymarket Massacre in Chicago which birthed a modern uprising against Capitalism and the police state.

Pagans and witches dance, light bonfires and drink mead today, or those of them who don’t have to go to work.

Anarchists and rebels march, throw bricks and molotovs today in hopes of making a world where no one must ever go to work.

For decades, the leaders and philosophers of both groups have eyed the other with suspicion, derision, and even hatred. Wiccan and Dianic elders cautioned their followers never to pursue much more than an esoteric path towards making the world they wished to see. Likewise, Communist and Anarchist theorists have belittled those in their groups who read Tarot or refused to believe that the natural world was little more than raw material substance exploited by the market.

Sure, there were always the heretics in each camp, the self-taught witches who burned incense at shrines the night before joining an anti-war march; the Latino Black Bloc members who’d give offerings to Santa Meuerta before masking up to stand against police oppression. Little could be spoken of these acts without facing ridicule or worse, but witches and anarchists aren’t know for caring much what others think.

Certainly, both sides had their reasons for suspicion. Many of the theorists who first iterated the political framework for anarchism and communism hailed from European countries, where the struggle against capitalism and authority was often slowed and even stopped by established Protestant and Catholic leaders deeply in the pockets of rulers, merchants, and landlords. The founder of Methodism, John Wesley, spent much of his time writing primers and giving sermons to indoctrinate the poor into submission to their bosses in the name of submission to God. Martin Luther and John Calvin both ordered the massacre of rebellious peasants, and in the Americas, slavery and colonial subjugation derived its moral justification from opportunistic priests and ministers eager to partake in the spoils of Empire.

Such virulent opposition to religious thought obviously ran counter to the spiritual projects of modern Pagan thinkers. While some (including many of the founders of modern Druidry) where themselves leftists and sought to fight industrial capitalism through a return to nature veneration, they were not taken seriously by their non-Pagan leftist comrades. To make things more complicated, however, many of the founders of modern Pagan traditions (Gerald Gardner, for instance) were themselves deeply invested in the systems of exploitation which anarchists sought to end.

Another reason for Pagans to fear political engagement through their spirituality came from within. Germanic reconstructionist movements such as Heathenry and Asatru began as overtly political–and deeply racist–movements: as they became more and more popular within the military and with young white males, many elders likely saw that taking a leftist, anti-racist, and anti-imperialist position in public could cost them the apparent unity they needed to convince governments and non-Pagans to take them seriously.

While each side had their reasons for opposing the other, they each also ignored their own contradictions. Pagans of any sort who claim to venerate nature have no easy way to square these proclaimed beliefs with acceptance of capitalist and industrialist destruction of the planet. Druids who claim to worship forests yet do not fight the systems of profit which are destroying forests all over the world become hypocrites at best. Likewise, the anarchist or communist who claims to be anti-imperialist whilst insisting belief in spirits or gods is ‘primitive’ is merely replicating the same colonial subjugation of indigenous beliefs which European empires perfected.

Despite these obvious contradictions, few efforts were ever made to embody both realities, let alone plant seeds of conversation at the crossroads where Paganism and Anti-Capitalism intersect for a future forest in which both could thrive.

That is, until now.

Of Land and People, Tree and Fist 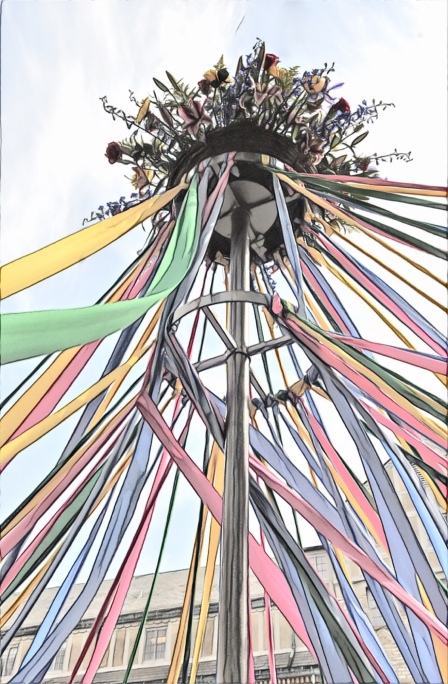 On the first of May, 2015, Gods&Radicals began, bearing a banner of tree and fist. We are not the first to hold aloft the standard of the land and the people against the soldiers of Profit and Oppression, only another front in the struggle enjoined everywhere on the earth. Holding in our hands the threads of anarchist, Marxist, anti-colonialist, druidic, feminist, occult, environmentalist, and esoteric thought, we began a dance around a center constantly plaiting, constantly weaving in fierce celebration of all that makes the world beautiful and all that we refuse to let be taken from us.

The forests are dying, but we join those who refuse to let them be killed. Water and air are being poisoned, but we hold in our own hands poison which can stop those who have done so. The poor and dispossessed of the world are ground in the works of Empire’s machines, but like the saboteurs of old we know how simple it can be to stop those gears from turning forever.

We know the power of mead and molotov, the beauty of ancient forest and shattered window, the sacred celebration of spiral dance and protest march. We speak in the quiet whispers of conspiracy and graveyard, swim in the currents of tumultuous ocean and political dissent, read the future in the bones of animals and the pale faces of politicians.

We know our human and non-human comrades die daily on the bloody altars of finance and war, and we also know we are no comrades to them at all if we do not rise up with sharpened blades and whetted minds against the priest and police who preside over such foul sacrifice.

It is the first of May. Beltane to some, a day a resistance to others, and both to us.

May the scent of hawthorne blossom and tear gas be the incense we offer to the earth, the laughter of children around maypoles and the chants against police be the melodies which wake the summer, may the light from burning bonfires and barricades greet the strengthening sun, and may this be the Beltane upon which we look back and smile, remembering what new world we woke with our endless dance. 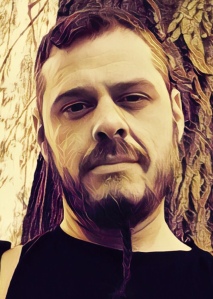 Rhyd is the managing editor and a co-founder of Gods&Radicals. He is a poet, a writer, a theorist, and a pretty decent chef. He can be supported on Patreon, and his other work can be found at Paganarch, and shirtless selfies occasionally seen on his FB. and also his Instagram

3 thoughts on “Of Mead And Molotov”