An opinion piece on the problematic aspects of the Rojava hype.
By Mirna Wabi-Sabi 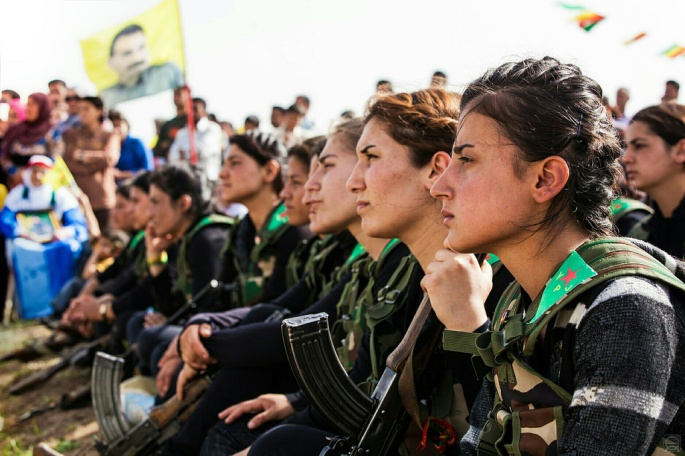 The biggest hipster hype engine, Vice, has called Rojava “the most feminist revolution the world has ever witnessed” (1). Variations of this statement were widespread through radical media for over a year. We must be cautious with the media because it has the power to advertise political ideas that justify Western terrorism (11) and imperialism. We fall for it because it’s a story we want to hear: a force against ISIL that caters to the radical neoliberal audience. But we can, without realizing, be promoting the rise of islamophobia as a pretext for further Western military intervention in the Middle East.

Claiming Rojava represents a feminist oasis in the Middle East implies anti-feminism in its surroundings. This is islamophobic rhetoric. Carne Ross, writing for Vice, even went on to write that Rojava represents “the right of self-defense against all anti-woman practices and ideas, including those of traditional society, not just the extreme violence of Daesh” (1).

What kind of feminism are we talking about here? One where “women become worthy of respect as long as they turn into men of arms and sacrifice themselves on the battlefield” (5), just as American women become executives and earn almost the same as their male peers? It’s a kind of feminism that perpetuates islamophobic stereotypes, that fetishizes images of Kurdish women with guns (7), that justifies foreign military occupation, and the violent destabilization of a region by the West. We don’t see a real Rojava, we see a reflection of our own reactionary feminism.

Vice gives a glimpse of something no one wants to see when it states that the Kurdish Syrian Democratic Forces “currently enjoys US and allied military support”, while the “US and indeed Western governments are involved in a grotesque contradiction in which they permit NATO “partner” Turkey to attack the SDF”. Then they quickly distract the audience with another article called “We Need to Talk About Simon Cowell’s Jeans” (8)…

There must be another way to prevent Turkey and ISIL from crushing Rojava, other than to “loosen counterterrorism rules” (13), to deploy American forces to the region (4),  and to bomb civilians (12). Perhaps an alternative is to use NATO to rebuke Turkey’s actions, as opposed to using it for air-base access (14), or to stop selling billions of US dollars worth of weapons to Saudi Arabia (15). We’ve been adding fuel to fire, thinking only conflagration could defeat ISIL.

Last year, Rojava had its own temporary embassy inside Oslo’s parliament, helping the city build its reputation as the ‘peace capital of the world’ (16). We should be able to support Rojava and Kurds in general, but are we able to show solidarity without making it about ourselves? Turning people into tourist attractions and tokens is not an act of solidarity. And when we engage in political propaganda, whose interests are we promoting?

After seeing islamophobic and racist speeches by politicians in the Netherlands about how Turkey will never join the EU (2), I can’t help but think that maybe the Kurds are being made into what Western Europe wanted the Turkish to be (10)(17). We haven’t stopped endorsing what the West wants, and manufacturing an ideological supply for our own demands.

We can still learn how to make better political affiliations, be critical towards the media, and continue to share information about this even if it contradicts things we’ve said before. If we are serious about anarchism and feminism, it’s important to focus on the anti-woman practices and oppression proliferated from your own communities.

We need to start listening to people like Suhaiymah Manzoor-Khan, the 22-year-old poet who said: “If you need me to prove my humanity, I’m not the one who’s not human” (6). Rojava isn’t the only place worthy of attention just because they have proven their humanity to us.

Yes, we support Kurdish autonomy and independence. Even though we respect everything they have done, fought and died for, we must also fight islamophobia in general with every bit of energy we’ve got. Let’s not forget and let it happen never again (18). 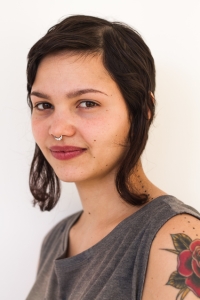 Mirna is an intersectional feminist and decolonial activist.

7 thoughts on “Notes on Rojava”