“Reading this may cause you to think “Oh, I see where they’re trying to get. They’re a trans person. It’s all over the media now. I’m well informed” and although you’re not mistaken (I am talking about misplaced gender roles and you could easily be right) this one specifically is not about trans identity. It’s about something that’s even less talked about and understood.”

“As far as I’m concerned, being any gender is a drag.” – Patti Smit

Ever since I was a young child I felt something’s inherently different about me. I never felt I could fit this invisible but already established role I was supposed to fulfill. Humanity chose to shove people in these tight boxes so they can feel comfortable and experience the sensation of something recognizable (consequently safe). This can stretch to several categories of human conditions but here I’m talking about one in particular: the chart which people are obligated to follow when it comes to identity and gender. Reading this may cause you to think “Oh, I see where they’re trying to get. They’re a trans person. It’s all over the media now. I’m well informed” and although you’re not mistaken (I am talking about misplaced gender roles and you could easily be right) this one specifically is not about trans identity. It’s about something that’s even less talked about and understood. I’m talking about non-binary gender. Now, while you may think I will try and give you a crash course on the matter, even if I educate a bit here and there, this time I’ll tell you about something palpable.

When I was about seven, I had my first kiss. It wasn’t very glamorous, it wasn’t particularly memorable. It was a regular kiss between a seven year old child and a girl about the same age. It didn’t feel right or wrong, so I jumped to the next girl, then the next one until I was seventeen, never quite filling a void I could feel existed within me. At first, as taught by Brazilian culture, I assumed it was something to do with my sexual tastes. This is tricky, so I’ll elaborate: society burdens us with the assumptions and choices of our ancestors. If your society is structured to believe that blue is for boys and pink is for girls, you’re undoubtedly expected to abide by these rules. In this case, binary rules. So, if you’re a “boy” (Which specifically here means having a penis – assigned male at birth), and you like pink, then you’re a sissy at first. If you happen to identify as a female, the burden is not lifted, so you are still a sissy boy, with just further need of attention. If you’re a girl you’re not even entitled to have an opinion so let’s not get into male privileges just yet. So, back to my past – this void lead me to believe I was gay. And being a gay boy in the 90s was the most dreaded thing in Brazil. You’re not a capital letters MAN (Male) and you are not just unlucky to be born under the fragile gender (Female) – you’re choosing to misbehave, you’re choosing to go by the pink book. That’s just despicable, so you can imagine I was terrified.

At the age of seventeen, I kissed my first boys (Yes, two. That’s a story for another time), this way I could follow the role I understood I was obligated to follow: the gay one. That didn’t quite feel right either because it was crystal clear to me I was into girls too. I assumed I was bisexual and felt content with that even though I could feel there was something still uncanny about myself and I couldn’t quite grasp it. By that, I don’t mean bisexuality is something out of fairy tales. I just understood, later on, it does not apply to me.

Now fast forward to a few years later (Yes. I quoted Alanis Morissette. I’m entitled to have musical preferences). I started reading, debating, and I became an activist on the matter of human and animal rights, understanding that I should raise awareness to the issues I fought for. Then I came across a concept that literally changed my whole perspective on life and shaped the way I would understand myself from that point on. In an article about Judith Butler, I read the terms queer and gender performativity. At first, I couldn’t quite grasp it, but that is expected. My body and mind were always colonized, so I had to strip myself from the prefabs of past generations to actually understand what I was reading, and when I did… everything changed. It was a mirror. Not the hazy one I always saw my shapes and colours reflected on but a true mirror. I existed. It was the most freeing experience I have ever felt so far and I would understand more and more about myself and the restraints I put myself under all the years prior to that moment. I wasn’t bisexual because I had no gender to identify with nor needed to. That is an amazing feeling if you ask me.

After a few years of tweaking this and that on my understanding of my life and my relations with others, I understood that my sexual tastes are entitled to be fluid and that does not constrain me inside any “sexual orientation” category. So, if I decide to exclusively have sex with women from now on that can’t make me straight because I’m not a man, or lesbian because I’m not a woman. Consequently, if I choose otherwise, same idea applies but in reverse. OK? Ok. The thing is, there is such a thing as gender performativity. People still perceive me as a male, no matter what I say or do so I have implications on that matter. The fact that I am conformed under certain male performativities (eventual beard, no makeup, pants and tank tops, some normative male mannerisms and the fact that I view myself as a cisgender person) makes people question my gender. While this is reinforced by the media, the problem is further structural rather than individual. If the media allowed people like me to exist through narrative and storytelling, if the fact that we are non-binary was not treated as exotic or eccentric (in other words, sensationalist material), if through narrative we were given stories outside our identities or if non-binary people were cast to play non-binary characters, society would be acknowledging me. Making normative people’s inability to fit a person in a gender into jokes or belittling non-binary people’s experiences contributes to this invisibility, and therefore to a confusing and negative journey throughout life.

My experience led me into some conclusions – First, I understand that no theory or self-perception must ignore my “male” privileges. For this reason, I can’t pull the “non-binary card” to bend situations in which others can’t grasp non-binary concepts. Example: I’m not either man or woman, but I can’t go into the “lady’s room” under this premise. They’re not obligated to understand me as anything else other than a male performative person and a potential rapist. Male oppression. Not difficult to understand at all. Second, it’s my understanding that non-binary people are not oppressed. The LGBTQI+ community is oppressed. I’m not killed for being non-binary. I don’t lose my job for being non-binary. I don’t get raped, molested and abused for being non-binary. I don’t get beaten up or excluded or shunned or threatened in any way for being non-binary. I suffer all of the above because I fall under the category of LGBTQI+. This oppression is towards our community and engulfs all of us. That’s why I’m oppressed, not because I’m non-binary. And that’s actually a blessing. Although invisibility is a form of oppression, when people start talking about us, we’ll probably get there. Third, there is such a thing as non-binary invisibility. That is the reason why people don’t understand my gender (and why I must understand I enjoy male privileges) and it is also the reason why my gender is oppression free (To an extent. I only mean by that what I discussed in the second topic). Fourth, being non-binary is an innate sense within a person. It’s not a lifestyle choice, a trend or a phase. It’s something that resonates inside you and makes sense when you put the pieces together. In my case, I understand how gender roles are burdened upon people, I understand some people are gladly abiding by and fitting into those categories and I understand that they’re not inherently bad per se (its praxis is). I just can’t relate to the category. In most cases, other people’s perception of my
gender won’t be something that bothers me in any sense (sometimes even the opposite). Sometimes it will but not because I can relate to it, but because I understand their concept and/or can apply the experience of the concept negatively in my life. For instance, you can call me a sissy and I’ll enjoy it, but I can understand how belittling being called a “good girl” can be while being a bottom during sex, because of the way women are belittled (even in oppressed niches such as the LGBTQI+ community).

All in all, the subtleties between gender, gender identity and gender performativity must be understood and stressed enough before people can understand non-binary existences, maybe even fitting into one of the multiple categories this gender understanding comprehends. But that’s for another time. 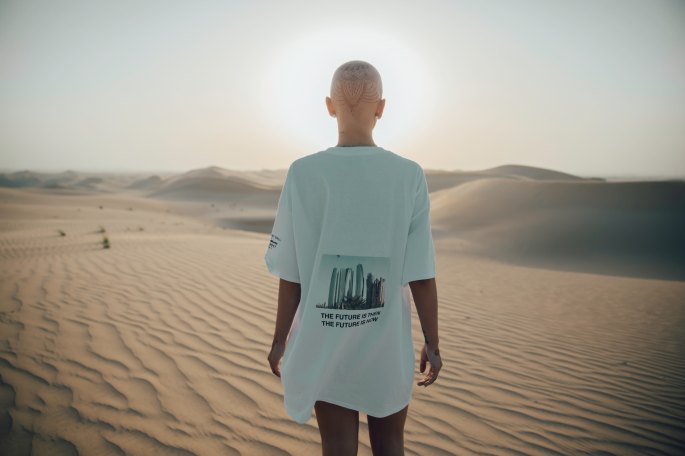 Nathan is a musician from Brazil, a queer non-binary vegetarian person with interest in game design, tattooing, and combating social disparity issues.

The Pre-Sale for Anthony Rella’s Circling The Star is here.

5 thoughts on “On The No-Gender Drag”