Those of us who know that this world is a mysterious place, who have not forgotten our place and inter-connectedness within it, who remember and hold dear the knowledge that the stuff of stars is also inside of us too, it will be us who must be ready to fight, when the time comes. 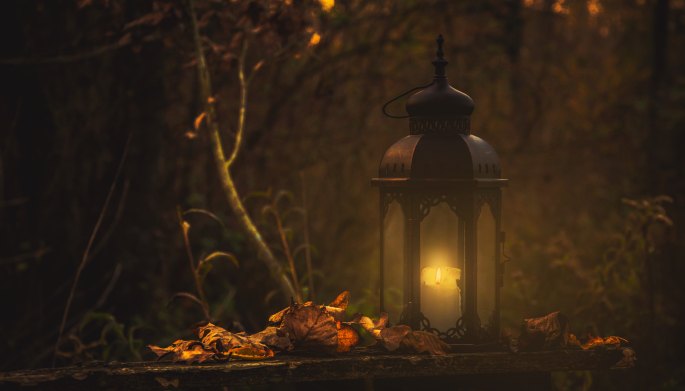 I am an obeah woman. I have seen and heard things that frighten me, but that’s okay. When you grow up poor and on a council estate you learn from a young age that you have to face or fight those things that scare you.

I don’t write about my own personal experiences very often; never, in fact. But today, dear readers, I shall share with you a vision I had whilst in trance. I think it was meant to be shared with others, others like you, others who would take up the fight, others who want change.

And it’s obvious, isn’t it, that change is going to come? It has to, the world cannot possibly go on as it is.

Something is coming. I can feel it. Can you?

Mudslides, wild fires, earthquakes, pollution, climate change, politics, racism, sexism, capitalism, human rights, the list of problems we face is huge. These things have been around for years and years and years, but this feeling I have has only been simmering for weeks and months.

Something is coming, but I don’t know what.

I work with plants, and poisonous plants are a passion of mine. There’s something so beautifully alluring about those delicate blooms that have the power to kill. They have a duality, these plants, to harm and to heal. They have secrets to tell and it is the job of the obeah woman, of the witch, to hear those secrets, and if necessary, to act upon them.

Of all the witches plants, the Datura is my favourite, the one to which I feel the most connected, the deepest affinity. Such a beauty! It produces trumpet-shaped creamy white flowers. Their fragrance truly is divine. When the flowers die, they leave seed pods,  which grow into huge spiny covered balls that burst open, spilling their seed. All parts of the plant are poisonous, but it is with the seed that I make flying ointment.

This ointment is psychoactive and is used to induce trance, for soul flight and hedge crossing, call it what you will. I make it and use it often enough to know what I’m doing, which makes the experience I’m about to relate all the more surprising.

After preparing in my usual way, I laid down on my bed and immediately entered a trance state. It never happens so fast.

It was like being in two worlds. I was in my bedroom, but somewhere else as well, where it was dark, just utter blackness.

But in my room as well.

I was freezing cold, and got beneath the covers, and curled up trying to warm myself. It didn’t help. It was like being outside in midwinter, naked.

There was nothing for it but to move forward, into the darkness. I didn’t want to, not at first. You see, that’s the thing about all of this, it’s fucking scary! It would have been oh so easy to get out of bed, to go to the bathroom and wash off the rest of the ointment, and part of me wanted to. It would have ended things right there and then. I would have gone downstairs and had a coffee had I wanted to severe the link I had made, to end the trance.

I did want to do those things, I can’t lie. But I just couldn’t. I knew I would regret it if I did, and not in any mystical sense, but purely because I don’t like to give in. It’s that same thing, the same grit that makes me get into the ring, that makes me fight. There’s always that what if. And besides, whatever is coming would continue to do so whether I chose to ignore it or not.

So I pushed forward, and the cold got worse. It came in waves, each one colder than the next, and with each pulse it became harder to go on, until at last I couldn’t. Turns out I didn’t have to.

A figure was kneeling down, as if brought to his knees by pain or grief. The figure had no features, wore no clothes. Was like nothing of this earth, of this reality. It emitted a glowing, swirling blue light that moved like mist. This man shaped blue mist was screaming, his hands held to his head, only his screams were silent. His screams were the pulses of cold. This close it was excruciating.

When I thought I couldn’t take anymore, a voice whispered in my ear, a familiar voice, one I have grown to love. She took my hand and I felt warm. As I turned away, the trance ended, and I was simply Emma again.

I slept that night and didn’t dream.When I awoke the next morning, I felt anxious and frustrated. What did it mean? I’ll be fucked if I know. I felt restless, like I needed to do something, but I had no idea what. That feeling lasted weeks. I still feel it now.

Something is coming. This I know, if only because it is inevitable. Perhaps it will be an accumulation of civil unrest, a financial crash, or perhaps nature will finally fight back against the pest she has spawned. Maybe it’ll be all of those things combined, a societal meltdown brought on by extreme climate change. Perhaps none of those things.

I do think this year will bring significant change, though for the better or worse, well, it’s too early to say.

Perhaps I know nothing at all.

All I know, or feel to be true though, is that we must make our actions count. No matter how small. Part of that for me includes my connection to this site, to the writers and the readers and all that we may hope for, everything we aim to achieve.

I know we must stand up for the oppressed whenever we can, in whatever way we can. I know that we must do more to live in a way that doesn’t kill the earth. I know we need to look out for those we care for, and sometimes even those we may not even like very much (but that shit is dependant, we ain’t no walkovers either!). I know there’s a lot of work to be done, and a lot of it dirty.

I also know that when the shit hits the fan, I’ll be glad to have allies like G&R, its writers and readers.

Since having that trance, and this is the first time I have told anyone, other than my sisters, I just cannot get away from the idea of forming networks with like-minded folk, people I can rely on and trust and who can expect the same from me. It is the wide variety of skills, of the learning from one another that excites me about this. The possibility of taking for ourselves our own futures.

I am a fighter, always have been. I love to fight, and when the challenge is huge, the victory even sweeter. We will have to fight for what we want, for the state is stacked against us. Many will want to stick their heads in the sand, and do so already, blissfully ignorant of the challenges we face, kept quiet with their iPhones and the glamour of technology. The screen is king in today’s world.

Those of us who know that this world is a mysterious place, who have not forgotten our place and interconnectedness within it, who remember and hold dear the knowledge that the stuff of stars is also inside of us too, it will be us who must be ready to fight, when the time comes.

Something is coming and we will be ready. I’ll meet you at the crossroads.

My name is Emma Kathryn, an eclectic witch, my path is a mixture of traditional European witchcraft, voodoo and obeah, a mixture representing my heritage. I live in the middle of England in a little town in Nottinghamshire, with my partner, two teenage sons and two crazy dogs, Boo and Dexter. When not working in a bookshop full time, I like to spend time with my family outdoors, with the dogs. And weaving magic, of course!

The pre-sale for Circling The Star ends 14 February.

5 thoughts on “Meet Me At The Crossroads”