“Any reasonable definition of propaganda would include the fact that disinformation is very often produced for and by private interests.”

The importance of news media to democracy in the 21st century is difficult to overstate. Democracy emerges from public discourse, and the terms that constitute that public discourse are in large part brought forth and defined by mass media. It is therefore that media literacy, which is a discerning, and critical relationship to news, is essential to a functioning democracy. Media literacy does not simply involve fact-checking, it involves an understanding of ways in which information and political narratives are shaped by special interests, ideology, and power.

Social media is an increasingly popular means of receiving news. Learning and education alone account for over a billion views a day on YouTube. This means that social media platforms are becoming more responsible for the state of our political discourse, and therefore our democracy. So, when tech companies that run news-bearing platforms decide to start media literacy campaigns, it is of the utmost importance that they get it right.

At the beginning of 2018, YouTube rolled out a labeling system targeting content funded by governments in what appears to be a knee-jerk response to public outrage over the Russia-Gate scandal. News outlets such as RT, Al Jazeera, and PBS now sport warning labels beneath their content. YouTube’s new labeling system should be viewed as a harbinger of the blunders that are likely to come as big-tech corporations begin taking responsibility for promoting media literacy.

YouTube reveals its media literacy-myopia through two assumptions that undergird its labeling system. The first assumption is that the potential for propaganda or disinformation comes only from government or publicly sponsored content. That YouTube is making this assumption is evidenced by the fact that their labeling system exempts all private and or corporate-sponsored content. The second assumption, which is required to make the first, is that there is a rigidly-dualistic relationship between private and public spheres in the United States; a worldview that upon even the most superficial interrogation degrades into mere fantasy.

Regarding its new labeling system, YouTube has stated that its goal “is to equip users with additional information to help them better understand the sources of news content that they choose to watch on YouTube,” and that it will do so by labeling “videos uploaded by news broadcasters that receive some level of government or public funding.” YouTube also states that doing so is not a comment “on the publisher’s or video’s editorial direction or a government’s editorial influence.”

YouTube does not go into much more detail about the reasoning behind this policy. For example, they do not state what is significant about “government or public funding” and why videos that are publicly-funded even deserve a label. YouTube claims that it is not making a comment “on the publisher’s or video’s editorial direction or a government’s editorial influence,” despite that being the inherent function of the label. YouTube is contradicting itself, basically stating: “we are not commenting on a government’s editorial influence, but we are warning you that such influence could be present.” A spokesperson for PBS publicly criticized YouTube’s policy insisting that US government influence on PBS programming is prohibited by an internal statute. PBS spoke out against the policy most likely because the only reasonable inference to make from the labeling system is that “government or public funding,” to YouTube, signifies the potential for state-influence.

The problem with this is that by only warning viewers about state-funded content, YouTube is making the false assumption that propaganda or disinformation originates only from governments or from the public sector. YouTube does not outright state that, but by only warning viewers about state-funded outlets and not private ones, they are implicitly taking that position. Any reasonable definition of propaganda would include the fact that disinformation is very often produced for and by private interests. Boeing’s anti-union propaganda campaign on YouTube is just one of many examples of propaganda that emerges from the private sphere. Apparently, to YouTube, Boeing’s propaganda campaign does not warrant a label of any kind.

The chief problem of YouTube’s labeling system is that it depends on the implicit and utterly myopic assumption that “propaganda happens here (in the public sphere), but not here (in the private sphere).” Beyond this flaw, YouTube’s labels are wholly inconsistent even on the limited grounds that they have established. If potential government influence is what is at stake here, then there is a variety of content that has yet to be labeled.

In 2005 when The News Corporation acquired Fox Entertainment, Prince Alwaleed Bin Talal, a powerful member of the Saudi Royal family, became the company’s second largest shareholder. Upon this acquisition, Prince Alwaleed’s shareholder status transitioned from the ownership of non-voting stocks to voting stocks, meaning that Alwaleed was given direct power over the News Corporation’s governance and therefore the direction of the company. Alwaleed’s status in the News Corporation could certainly lead the public, and YouTube, to reasonably infer that he could have used his position to serve the interests of the Saudi Government. It can therefore be argued that if PBS deserves a label despite their prohibition of government-editorial influence by statute, then all of the content produced by Fox News while Alwaleed owned a significant portion of the News Corporation ought to be labeled as well.

Another blatant inconsistency in Youtube’s labeling system is that they have yet to label any videos on the Broadcasting Board of Governors’ YouTube channel. The BBG is a US Government agency that operates several pro-US media outlets abroad. Thus far, Youtube has begun labeling content coming from BBG operated news platforms such as Radio Free Asia, yet they have not labeled one video on BBG’s actual channel, including a video advertising for a BBG operated news organization in the Middle East called the Middle East Broadcasting Network, and a video about protests in Iran.

The BBG itself exemplifies the increasingly blurred lines between public and private spheres in the United States, especially in the realm of news media. For example, Rex Tillerson, while he was the CEO of Exxon, became the ex officio board member of BBG in 2004 shortly after the US invasion of Iraq. Currently, the BBG board of directors touts several pro-corporate board members. For example, the current chairman of the board of the BBG is Kenneth Weinstein, former head of the Heritage Foundation’s “Government Reform Program” (“Government reform” in Heritage Foundation-speak means the elimination of the parts of government serving the public interest). Beyond an analysis of the BBG, the mere fact of the pervasiveness of regulatory capture or the domination of the organs of US government by corporate power renders Youtube’s myopic sense of the public/private dichotomy, which constitutes the logical basis of their labeling system, completely untenable.

If YouTube actually wants to start a media literacy campaign they ought to take the following steps:

• State a clear and transparent basis to the reasoning behind their labeling system.
• Hire qualified people such as journalism scholars and propaganda historians to create a labeling system that accurately reflects the influence of power on media, rather than simply linking viewers to a Wikipedia page.
• Stage public events and conversations about how big tech and social media platforms can help facilitate media literacy and uphold democratic values.

YouTube does deserve some praise. They are currently seeking to better their labeling system by asking for public feedback. If YouTube wants to take responsibility for upholding democratic values such as media literacy and a free press, it is important that they continue to engage and to respond to the public. My feedback, as I demonstrated, is that Youtube’s effort at a media literacy campaign fails terribly in terms of consistency. If it ought to exist at all, Youtube’s labeling system needs a lot of rethinking and revision. 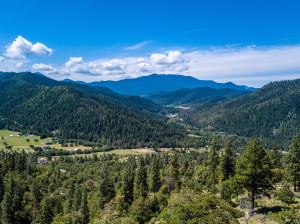 Gods&Radicals is one of the few anarchist publishers and websites that pays its writers. We can only do so with your help. Thanks for your support.