As I write this, the solstice is almost upon us. I always think that this time of year takes on an almost dreamlike quality, and time seems to warp into something else so that the New Year and Imbolc seem like distant memories and like yesterday all at the same time. 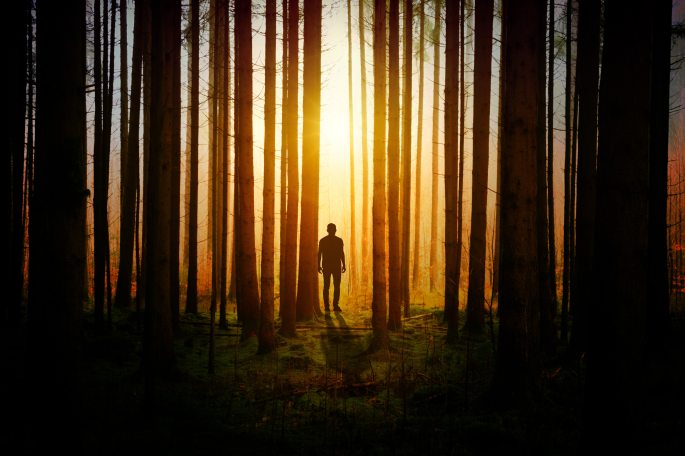 One paints the beginning

Of a certain end

The other, the end of a

I think it was Stephen King who once compared writing to time travel or being psychic, perhaps both. I can’t remember where I read it, but it certainly stuck with me because he’s right (of course he’s right, it’s Stephen King!). But consider the idea for a moment. Here I am in my present, the day before the solstice talking to you in the future; as you read this, you’ll be in a form of communication with my past self. See, psychic time travel indeed!

In all seriousness though, time is a funny old thing really, when you think about it. We think of it in terms of minutes and hours, days and weeks, something that is quantified and measured, and so it is in a way. It helps keep the machine going, to measure the hours of work right down to the second, but also because we now live linear lives, moving from one stage to the next: school, college, work, family, more work, retirement (though for many there is little prospect of a comfortable retirement if, that is they even get one at all. My generation probably have to work ’til we drop).

But time is not just linear. Sometimes its a spiral, and sometimes its slick and slippery and slides by too fast for us to notice, and when we do, it’s too late and we can only reminisce and look back on memories we didn’t even know were memories yet. Sometimes though, time can seem heavy and thick and moves like glue, slowly, agonizingly slowly, flowing by. And sometimes it gathers in the shadows, shimmering like a hidden cave pool,  and in these places time seems to gather and stand still, if only for a moment.

For me, the summer solstice, or Litha if you follow the wheel of the year is like that.

As I write this, the solstice is almost upon us. I always think that this time of year takes on an almost dreamlike quality, and time seems to warp into something else so that the New Year and Imbolc seem  like distant memories and like yesterday all at the same time.

I like being outside at this time of year and so last night I went to the woods with some witch friends of mine. It was still light, the sun still had heat, though beneath the trees it was comfortably cool and smelt of the woods, you know that smell; earth and mulch, soft smell of old decay, the smell of new green.

We found our place, a small clearing and tidied away the rubbish that had been left there, drink bottles and crisp packets. Part of me is glad that still others come to the woods, but it saddens me that they have so little respect for it that they would toss their rubbish upon this sacred ground. The trees here are elder, hawthorn and birch, and they’ve grown so that they look like they are dancing, entwined together as they reach towards the light. Sitting beneath these trees so close to midsummer, time takes on that feeling of nostalgia, all sepia tones and line dried linen scent. It becomes thick and flows  like treacle. When Shakespeare wrote A Mid-Summers Night Dream, he really did capture the essence of this time.

The woods felt alive, and even the constant throb of the industrial estate that borders it becomes nothing more than a drone, a background noise you soon learn to ignore. The woods will not be quieted, and they still cling on, despite the increasing encroachment from both sides, on one houses, the other factories.

Litha is generally seen as a time of fun. Traditionally the hard work of preparing the land and sowing would be over and the harvest still some weeks away. The dog days of summer have arrived and soon schools will finish for the summer break. It’s time to ease off. If only. Now, for so many, they have lost their closeness to the land, and so have fallen out of sync with the natural cycles of the land. You can feel a hint of it though, can’t you, especially when on a beautiful morning in the height of summer, instead of being able to enjoy this time, instead we must head into our air conditioned offices, windowless factories and spend the most glorious of days doing meaningless work. And that’s if you’re lucky. All you have to do is take a look at the world to see just how much worse we could have it.

This time of year always reminds me of the summers of my youth, when all of the kids from the estate would walk the mile or so to an old  abandoned concrete barge that sat at the edge of a lake connected to the river by a small stream. All of our parents worked, and in those days it was perfectly acceptable for older brothers and sisters to babysit. Only  older brother and sisters don’t want to stay cooped up inside, and so us younger ones were taken along too, much to our delight. Anyway, we would go there and swim in the lake.  Some of the older ones would jump off the concrete barge in to the deeper parts of the lake, though I never dared. On the way back, we’d stop at a church and drink from its outside tap and pinch plums from trees that overhung from the edges of gardens.

Those were the days! Those summer days! How long ago they seem and yet I can still feel the cold water on my skin.

And now, the solstice is almost here, feeling like that again, and it is time to face the fact that half the year has gone already. Time to pull ourselves from the past, and as you do, it dawns on you how lucky you are, or it does me anyway. Here I am writing about midsummer and the land and the good times, and yet the world is going to the dogs. You only have to take a quick glance at the news to see that. It would almost be funny, like some sort of joke if it wasn’t actually happening.

And what can we do against the face of empire? What can we, the poor and the powerless do in the face of such a colossus? It’s easy to feel helpless. And when we feel helpless, we can do only what we can to try an alleviate it. Sometimes the easiest thing to do is to work on your connection to where you live.

Let the solstice be the time when you connect to the land and those around you. Build those relationships for those things can often be the bedrock of solidarity. Don’t waste time, because, as we have already discussed, time is a tricksy thing indeed, and before you know it will be gone.

Go out if you can and delight in the beauty of a new day and feel that connection to land and to others, even if it’s the only thing you can do, everything starts with the land. Enjoy it while there’s still time. 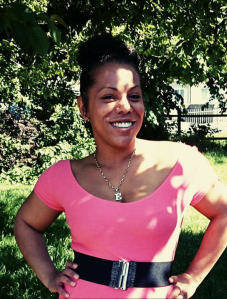 My name is Emma Kathryn, an eclectic witch, my path is a mixture of traditional European witchcraft, voodoo and obeah, a mixture representing my heritage. I live in the middle of England in a little town in Nottinghamshire, with my partner, two teenage sons and two crazy dogs, Boo and Dexter. When not working in a bookshop full time, I like to spend time with my family outdoors, with the dogs. And weaving magic, of course!

One thought on “Solstice Musings”