‘Our connection with the source, with the divine, is lost, when water is piped to our taps from unknown sources. We’re more likely to think of water companies and bills in terms of payment rather than offering back to the deities of our watercourses above ground and to their source in the deep’ 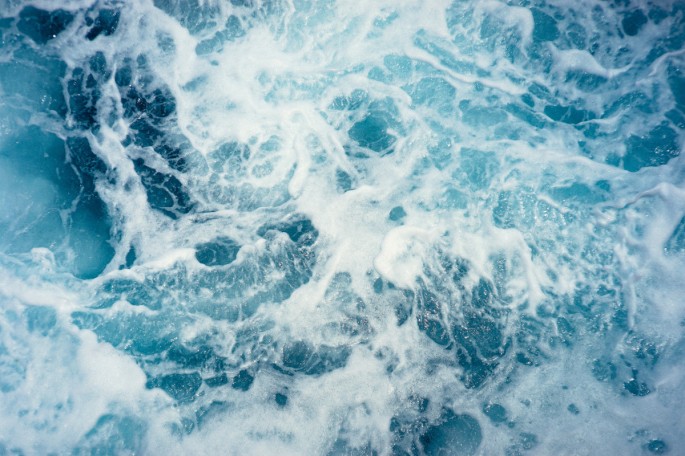 A minuscule percentage of the Earth’s freshwater provides for the needs of life. Globally, humans consume 4 trillion cubic metres per year. Yearly, in the UK, industry and commerce consume 1300 million and a standard household 164 cubic metres. Each day the average person uses 150 litres. Only 2 litres of this are drinking water whilst a bath takes 115 litres, a shower 50 litres, a washing machine 50 litres, a dishwasher 15 litres, flushing the toilet 10 litres, washing up in the sink 6 litres, a watering can 5 litres, a hosepipe 15 litres per minute. When there are 65.64 million people in the UK that’s a heck of a lot of water.

I was called to investigate these figures because of the prolonged and uncharacteristic heat wave we are experiencing in the UK. Preston has been dubbed ‘the wettest city in England’ and we usually have 60 – 80mm of rainfall per month over the summer. Since the beginning of May it’s barely rained. My local brook, Fish House Brook, and the river Ribble are the lowest I have ever seen. United Utilities have advised people in the North West to cut down on water use and I’m certain a hosepipe ban will follow and possibly further restrictions if we don’t see rain in the next couple of weeks.

I’ve found myself amazed that, in the absence of rain, our demands can still be catered for, that our rivers and streams are flowing at all. This has brought to mind the massive amounts of water contained within the land, out of sight, forming the source of the watercourses we see on the surface.

In modern Welsh the word for water is dŵr stemming ‘from Middle Welsh dwfyr, from Proto-Brythonic *duβr, from Proto-Celtic *dubros, from Proto-Indo-European *dʰubrós (‘deep’)’. Etymologically it is linked with Annwfn, ‘the Deep’, the Otherworld, from which Britain’s waters originate along with Awen, the divine breath of inspiration, which inspires bards and awenyddion.

In ‘The Hostile Confederacy’ in The Book of Taliesin the legendary bard speaks of bringing Awen from the deep as ‘a connected river which flows around the world’ and says he knows ‘its might’, ‘how it ebbs… flows… courses… retreats’. In other poems he refers to the ‘streams of Annwn’ and a river near the otherworld fortress of Caer Vandwy called the Defwy, which may be linked with the Dovey. The Tawe also has an otherworldly source. Annwn is the land to which the dead return to be reborn, often by following or crossing watercourses. There are parallels in other Western European myths.

In Norse mythology ‘all waters rise’ from Hvergelmir,‘Boiling Bubbling Spring’. This is located in Niflheim ‘Mist-World’ at the very bottom of one of the roots of Yggdrasil, the World Tree. Eleven of the rivers, the Elvigar ‘Ice Waves’ are named: ‘Svol, Gunnthra, Fiorm, Fimbulthul, Slidr and Hrid, Sylg and Ylg, Vid, Leiptr; Gioll is next to Hell-gates’. Hvergelmir is said to contain innumerable snakes and the serpent Níðhöggr who gnaws the root and ‘torments the bodies of the dead’.

In Plato’s Phaedo rivers and streams flow into and out of Tartarus, ‘the inmost depth beneath the earth’. They are named Oceanus ‘Ocean’, Acheron ‘Woe’, Pyriphlegethon ‘Fire-Flaming’, and Cocytus ‘Lamentation’, and carry the dead to the regions beneath Hades to do penance with the Titans.

These myths speak from a time before piped water when our ancestors were called to contemplate daily the origination of water from mysterious springs and ever-flowing watercourses. When each source of water had its own deity. Some of the names of our river gods and goddesses are still recorded today: Belisama (the Ribble), Sabrina (the Severn), Clutha (the Clyde), Nodens/Nudd, (the Nith, Neath, Nidd). The qualities of well spirits are reflected in those of the saints they are rededicated to.

Our connection with the source, with the divine, is lost, when water is piped to our taps from unknown sources. We’re more likely to think of water companies and bills in terms of payment rather than offering back to the deities of our watercourses above ground and to their source in the deep.

Because water is literally ‘on tap’ we use it thoughtlessly and wastefully. As the population increases and our watercourses are destroyed and depleted by industrialisation, water is being hailed as ‘the new oil’ ‘a finite resource that is running out in some areas and will become more and more expensive.’

Over the past few years there has been a call to examine our ‘water footprint’ – the volume of water we use. This does not just mean drinking and wash water but water used in processes, which we are again out of touch with, such as growing and rearing animals for food and the manufacture of clothing and equipment. In terms of ‘virtual water’ the production of a pound of beef requires 9500 litres, cheese 3391 litres, eggs 2169 litres, chocolate 10777 litres (!), rice 1525 litres, wheat bread 582 litres, potatoes 113 litres, tomatoes 83 litres, lettuce 57 litres, wine 219 litres, beer 136 litres, coffee 110 gal, tea 26 litres. Leather shoes require 16655 litres, jeans 10848 litres, a dress 7498 litres, a T-shirt 2153 litres, boxer shorts 953 litres and women’s underwear 325 litres. The virtual water content of objects such as laptops, mobile phones, televisions, radios, cars is more complicated to calculate.

With virtual water added the average Briton uses a whopping 4,645 litres a day. To make things worse, most of this is from food and goods imported from other countries where water is depleted, water sources are being destroyed, and people who are poorer than us are suffering because of our excesses.

This is another example of our ignorance of the source of our water, not this time in the Otherworld’s depths, but in other lands across the seas where others (human and non-human) are exploited.

As a remedy for our lack of knowlege we might ask questions. Where does my water come from? How much do I use when I bathe, when I wash, with each meal and drink? Who profits and who suffers?

Some of these have been easier for me to answer than others. My domestic water consumption is easy. I use around 100 litres of water. One shower: 50 litres, one clothes wash divided by three: 16 litres, two kitchen sink washes divided by three: 4 litres, three toilet flushes (we’re trying to stick to just the essential ones!): 30 litres. Virtual water is more difficult without being able to find measures for, say, one egg, one slice of bread, one serving of cucumber. As an average meat-eater consumes 5000 litres and a vegetarian 2500 litres and I’m a meat-eater trying cut down on meat I’d say it’s 4000 litres. We (I live with my parents) do most of our shopping at Booths, a supermarket which supports local farmers, and do our best to stick to locally grown products rather than those imported from overseas. I buy most of my clothes from charity shops, partly because I can’t afford new ones, partly to avoid feeding exploitative systems.

The question of where my water comes from has been more difficult to answer. The North West’s water provider is United Utilities and all they are willing to tell us is that our water comes from ‘upland sources, groundwater sources and river sources’. This could mean it comes from anywhere!

When piped water was introduced to Preston by the Preston Waterworks Company in 1835 it came from newly built reservoirs at Grimsargh. These are no longer in use and in 2017 were handed over to the Grimsargh Wetlands Trust. Our nearest reservoirs are Longridge, Horns, and Barn’s Fold. Anglezarke and Rivington are also nearby but it’s likely supply Chorley rather than Preston and South Ribble. 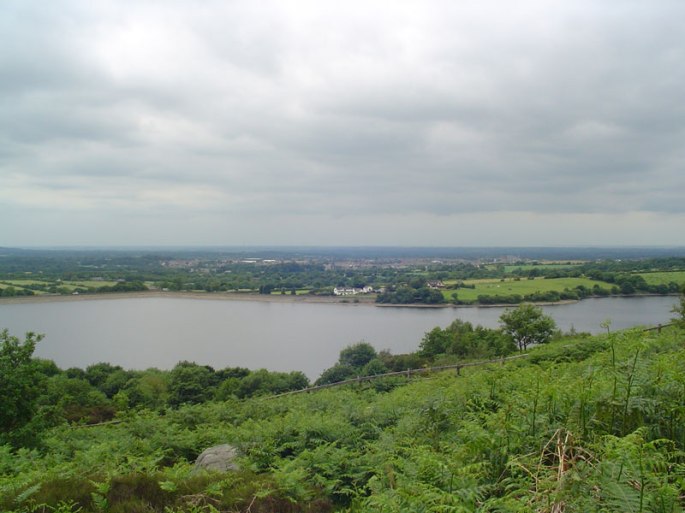 As for rivers I live near the Ribble estuary so presume water may be taken from the Ribble and its tributaries. In relation to ground water sources we are situated on a primary aquifer, ‘the North West’s most important aquifer’. According to the ‘Central Lancashire and Blackpool Outline Water Cycle Study’ there are boreholes in Penwortham and Preston at undisclosed locations.

I’ve had a similar lack of success finding information about our sewage. Preston’s combined sewers were built in the 1870s and there are maps of them in the Lancashire Archives. But finding anything post 1950s is absolutely impossible as United Utilities have the monopoly and will only sell maps for specific properties to property owners at £16.41 for A4, £29.16 for A3 and £85.17 for A1. I have been told our sewage goes to the treatment works at Clifton Marsh, but been refused a map of the whole system. Likewise maps of one’s water pipes are available at the above prices, but not the whole system.

It’s my suspicion this is not only due to United Utilities wanting to make money from selling the maps, but a need for secrecy. As the population grows, climate change brings droughts and floods, and industrialisation continues to damage our watercourses and aquifers and lower the water table, water shortages are going to become more common. When water becomes ‘the new oil’ United Utilities will need to keep the sources of water and the locations of pipes and sewers secret due to fears about theft and acts of terrorism.

A dark thought as I finish this article and take a sip of tea, a sip taken for granted, but for how long?

is a poet, author, awenydd, and Brythonic polytheist. She is currently exploring how our ancient British myths relate to our environmental and political crises and dreaming new stories. As a devotee of Gwyn ap Nudd, a ruler of Annwn, she seeks to reweave the ways between the worlds. She has published two books: Enchanting the Shadowlands and The Broken Cauldron, and edited and co-edited A Beautiful Resistance. She blogs at ‘Signposts in the Mist‘.

Please help us pay our writers by donating a few dollars to us. And thanks!

12 thoughts on “Questions of Water”