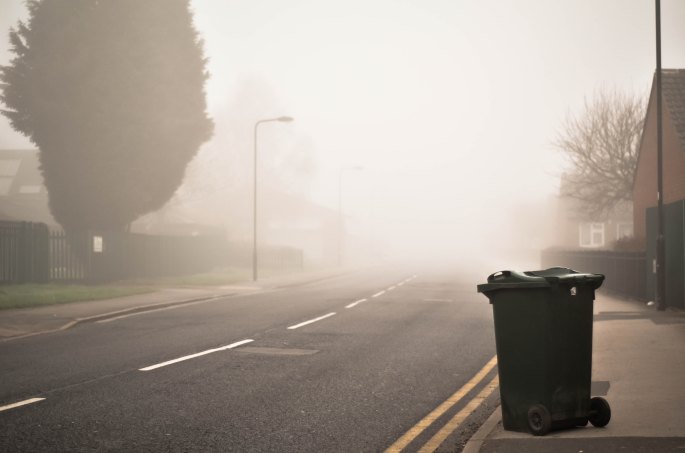 “Acknowledging and strengthening your supportive web of equals is Right Action. Not putting value on large status symbols is Right Thinking. Be quietly comfortable; if you are well ahead you should not aspire to enter the ranks of the wealthy but be sharing more.”

I was presenting recently about the divination system I use, Ogham.

No, this essay isn’t about Ogham but in my introduction about them/me I touched on the way that my Druidry differs from many other modern Druids:

In Olden Days, Druids studied for 20-25 years to become literate in several languages, to memorize laws and teaching stories and then recite them, to play an instrument and sing, to make extemporaneous poetry, and other things. ‘Druidry’ was not a religion; ‘Druid’ was a title.

Some modern-day Druids consider that achieving a Masters degree gives them approximately 20 years of education, or that being head of a Grove or well-informed about the old mythos and lore gives them the title. Or they just consider themselves as such because of their inherent status and importance.

Then they make assumptions about how things were in the Older Days and say,

“The Druid informed the people when the Holidays came, decided what the law stated, passed on the lore……”

I have no clear idea how Druids acted, believed, and worshipped in the Olden Days; not much instructional lore exists because Druids had a gease

against writing down their religion, dogma, beliefs, rituals, etc.

But I have read about history.

Before Modern Times common people mostly stayed where they were born all of their lives. Even as late as Pre-Industrial Age most non-noble, ordinary people travelled 15 miles or less from their home-place in all their lives. Travel was difficult and news disbursal was slow; so only what happened in your neighbourhood was well known. Then Market day would permit news from the surrounding area and near villages and towns to be traded along with speciality goods. Big fairs once or twice a year brought further news, imported goods, and professional performers.

More classes of people went to big fairs so the news would be different in scope. On market day you would talk over your own tradespeople, farmers, and miscreants but at a Fair the news would include kings, far-away wars, clan fights, all that constitutes history. Before Common Era you might see a Druid or hear what the Druidic opinion was about the history.

But it wasn’t that you existed in a sort of formless void between the occasional, accidental, fleeting contacts with the Big People. Common people had a rich and meaningful life that had its own complete history; just one that has never made it into the books. It needed no Druid to tell you what to think or do, you could decide on your own. You might consider your family or community history; if you felt you needed advice, counsel, or Magic you need not search out a titled person. In your real, small world there were Fairy Doctors, Wisewomen, Cunning People, and storytellers (seanchaí). Although people might travel quite a distance (in their estimation, not ours) to consult a Healer or Soothsayer those people continued to be viewed as people much like the applicant but with a skill…. something like making good cheese or excellent beer. A skill with a little mysterious to it— people in touch with the Other World or wise in healing were like blacksmiths, dealing in Magic but a common-sense kind, not too dangerous.

The stories the Seanchaí told (or, failing that, the stories that came from your neighbours in gatherings) were about the high people and had larger Magics and bigger events in them and (imo) were considered to be a little inflated for the grandeur of it. But the story about your neighbour being dropped in a bog by a Will O’the Wisp was taken as told if not connected with having a drop taken.

So having a skill, even being very very good at it, didn’t change your status. You still lived down the road and traded elixir for shoes or foretellings for a chicken. Maybe if word of mouth spread enough a lady might come for a Magic Potion and give a little bit of jewellery in exchange but you were still a small person, rooted in your own countryside, associated with your own people, secure in your own identity.

In the Pagan community there is a status than many aspire to— being a Big Name Pagan (BNP) which would (presumably) make you larger than life. You might be able to live, possibly live large, on your Pagan earnings! You could be fortune-teller to the stars! But no, if suddenly my readings of Ogham went viral or people flocked to hear me give out about Irish lore or Socialist Druidry (none of these is really viable even as a daydream) I would not become a BNP, I would still live the same small life as now and just share more.

Because I want to live a small life as a goal. I don’t say to myself that perhaps I’ll win the lottery or get a fabulous job or be elected as Empress of the World and this small life is just for now. ‘Where I Am’ (the fifth direction) actually defines me and not ‘where I wish I was’. I want to be in the web of common people and connected to my many equals; this is the Right Place. I am a skilly-person; my skill is Magic and God-Speaking but I am not a religious leader, I am just religious. People can ask me about what the Gods are saying, what is Right Action and Balance in a given situation, herbal preparations and Magic, divinatory advice…… but I will ask for help in their skill in return.

So what about the coming End Times when all Small People should rise up?

In more recent Irish history there were the Troubles; that part of the island not included in the Irish Republic was at war. From my admittedly biased point of view the Freedom Fighters/Soldiers of the Republican Army/terrorists (small people) were engaged in an unequal war with a Great and Domineering Empire. Many other small people saw those soldiers as part of their community, equals and compatriots. Even if circumstances kept them from playing an active, fighting part the people actively fighting were still neighbours. Soldiers who were retreating from a losing battle could run through any unlocked door and have it locked behind them and, if necessary, answered afterward by homeowners who had seen nothing.

When the armoured cars drove into a supportive community the small people living there (part of the Great and Domineering Empire‘s battle plan was unequal hiring and pejorative housing allotments to ensure that their enemies stayed small) would stand outside their homes and clang the trash can lids on the pavement as the cars rolled by thus locating the enemy for the soldiers. If ordered to stop they could readily stop and leave the clanging to the person on the other side of the street.

There is no stigma in being small, quite the opposite. Small, taking up less room, is the Right Place. Acknowledging and strengthening your supportive web of equals is Right Action. Not putting value on large status symbols is Right Thinking. Be quietly comfortable; if you are well ahead you should not aspire to enter the ranks of the wealthy but be sharing more.

If you can fight, fight. If illness or age or family or fear keep you from fighting, stand in solidarity and bang your trash can lid.