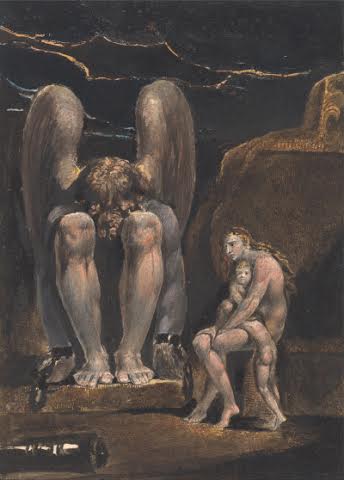 Because today we live in a society in which spurious realities are manufactured by the media, by governments, by big corporations, by religious groups, political groups… So I ask, in my writing, What is real? Because unceasingly we are bombarded with pseudo-realities manufactured by very sophisticated people using very sophisticated electronic mechanisms. I do not distrust their motives; I distrust their power. They have a lot of it. And it is an astonishing power: that of creating whole universes, universes of the mind. I ought to know. I do the same thing.

In 1945, three months after the end of the Second World War, twelve leather-bound papyrus codices where found by a local farmer in the upper Egyptian city of Nag Hammadi. What was unearthed comprised fifty two treatises possibly buried by monks of the nearby Pachomian monastery after Athanasius’ condemnation of non-canonical books in 367 C.E. Like the mythical genie in a bottle, what these texts would reveal would be nothing less than a miracle accounting for the largest cache of literature which would not only shake the foundations of academia, but also reveal the sacred literature of orthodox Christianity’s greatest threat which was long thought extinguished.

Writing in the second century, Iraneus of Lyons composed a text describing a number of Christian sects called On the Detection and Overthrow of Knowledge Falsely So Called, commonly referred to as by its Latin title, Adversus Haereses. In it he describes multiple groups that believed in salvation and transcendence by way of interior, intuitive means. These groups expressed themselves not through the language of theology or philosophy – though many were preeminent theologians – but through the medium of myth. These groups would come to be known as Gnostics.

As expressed by Philip K. Dick, the Gnostics recognized that we live in a spurious reality. This reality is flawed precisely because it was created in a flawed and absurd manner. This, naturally, would catch the ire of early Christians who interpreted the Genesis myths declaring that the world is flawed by human transgression. To them, the Gnostic position was nothing short of a blasphemy. For the Gnostics, the Creator of the world was not an omniscient and benign Godhead, but rather a lesser divine figure which they called the Demiurge (literally and perhaps ironically, “a worker for the people”). It’s from this seemingly absurd premise that we can start analyzing the structure of Gnostic as a mythic poetry of resistance.

By its basic common usage, myth refers to an imaginative and seductive lie. This derogatory qualification traces itself back to Plato was frequently employed by ancient anti-gnostic polemicists. In his attempt to discredit the reality experienced by the Gnostics, Iranaeus of Lyons:

“By means of specious and plausible words, they cunningly allure the simple-minded to inquire into their system; but they nevertheless clumsily destroy them, while they initiate them into their blasphemous and impious opinions respecting the Demiurge; and these simple ones are unable, even in such a matter, to distinguish falsehood from truth.” (Ad Haer I:1)1

The poetry of resistance in Gnosticism is dangerous precisely because it presents the gods as developing human beings and the reality they create as a sequence of cognitive dispositions and qualities. With the Demiurge at the top of this sequence, he Gnostics turned the rational mental faculties such as reason, intelligence and wisdom into independent entities responsible for the negative aspects of an imperfect world. These independent entities in turn create pseudo-realities which affect rational beings are the archons.

In ancient Gnosticism the archons were often linked to the celestial spheres through which descending and ascending souls must pass in generation. Differing from the Platonic perspective that “[deliverance] from fate can be achieved by mastering bodily passions and by nurturing the divine portion of the ‘self’, viz. intellect (nous), not bound up with stellar influences. ‘Gnostics’, on the other hand, tend to relate salvation to the unsolicited event of divine revelation.” 2 In short, the Gnostics planned a jail-break through attaining true knowledge about the nature of reality and the controllers.

By its basic common usage, myth refers to an imaginative and seductive lie. This derogatory qualification traces itself back to Plato was frequently employed by ancient anti-gnostic polemicists. In his attempt to discredit the reality experienced by the Gnostics, Iranaeus of Lyons:

“By means of specious and plausible words, they cunningly allure the simple-minded to inquire into their system; but they nevertheless clumsily destroy them, while they initiate them into their blasphemous and impious opinions respecting the Demiurge; and these simple ones are unable, even in such a matter, to distinguish falsehood from truth.” (Ad Haer I:1)

The chiefest ‘lie’ to Iranaeus and other heresy hunters was that the world and God could be anything but good – to the Gnostic, this god and the entire system he created was counterfeit.

In the twilight of Belle Époque France, Gnosticism returned to the world as an organized religion and public church. Jules-Benoit Doinel, a scholarly esotericist and spiritualist who had been a devoted researcher of Albigensianism, had a mystical experience in which he received spiritual empowerment to reconstitute the Gnostic church declaring the “Era of the Gnosis Restored” and assuming the title of Patriarch of the Gnostic Church under the mystic name of Valentin II, in homage to Valentinus, the 5th century founder of the Valentinian school of Gnosticism. Until this point, Gnosticism – or, more correctly gnosis – was only discussed primarily within the confines of academia or amongst esoteric Freemasons and Theosophists in Romantic terms. 3

The new Gnostic Church, Église Gnostique, quickly gained a number of followers with Doinel consecrating a number of bishops – both men and women – to assist in the Restauration de la Gnose. The Gnostic Restoration quickly captivated the Bohemian scene of Paris with well-known figures of the burgeoning occult scene such as Gerard Encausse, Jean Bricaud and Theodor Reuss as well as artists and literati such as Joséphin Péladan, Claude Debussy amongst others.

Central to Péladan’s vision was his idea of the artist as an explorer of themysteries; select individuals who could bring forth the divine light trapped in matter and alchemically transform it. In his manifesto, L’Art Idealiste et Mystique, he writes:

Mirroring the ancient Gnostics, modern Gnostic of the Restoration seeks to create beauty in a world that has become demystified and whose edifices are decaying. It challenges the nihilism of modernism and the lies of progression, seeking to new heights and experiential knowledge of the divine (γνῶσις). It is in this that the Gnostic shows their path against the archons which keep the majority of humanity trapped through the mechanisms of societal conditioning and systems of oppression. To be Gnostic is to organize the supreme jail-break and reconcile themselves with the oppression of humanity.

Michael Strojan serves as Deacon to Holy Paraclete Community of the Apostolic Johannite Church in Seattle, Washington. A native Washingtonian and resident of Seattle, Michael studied psychology and social anthropology at Saint Martin’s University in Lacey, Washington. He has been described as the John Yarker of the Twenty-First Century, is a member of a number of esoteric orders and has the audacity to “learn all the things”. He has a strong passion for social justice issues and its intersection with modern Gnosticism as a path of personal and social liberation.