A poem from Hunter Hall 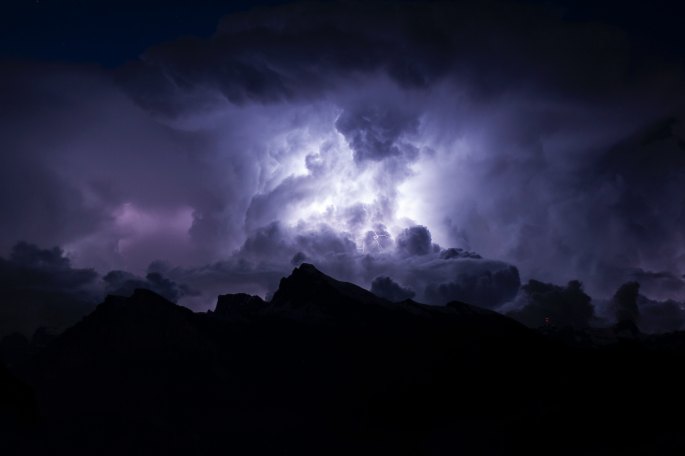 I sail by passive
and go straight to aggressive.
My polite clap,
more chilling than any
war horn at dawn.

Picture this:
My blood smeared face
smiling at the wreckage
the carnage.
My dancing feet
twirling
over the broken ground
no dance sweeter than
the Watusi.

My humor is a lash,
and if it does not draw blood
it is not funny.
I am my own favorite
punchline.
Please, admire my flair.
It is the brightest flower in my bonnet.

Do not try to placate me.
I am not the moral
of the story;
I am the foreboding clouds,
the ominous roll of thunder,
the ssnk ssnk of the scythe
felling the wheat,
the held breath
before the arrow flies.
I awaken
to crush dreams
and burn cities to the ground.

Picture this:
A smile so sharp
it can draw blood.
A flash of anger is all it takes
to light my
finest summer bonnet
aflame.

All our print and digital works, as well as our stickers, are currently 20% off in our online bookstore. Use code NOWAR at checkout.

A Beautiful Resistance: Left Sacred is the third issue of the Gods&Radicals journal. It will be released on 1 February, and presents the work of 16 writers and 4 visual artists.  It’s currently available for pre-sale.

On the 19th of June, 1937, an exhibition opened in the city of Munich. Called Die Ausstellung “Entartete Kunst,(1)” it housed paintings, sculptures, and other works carefully curated to warn against the scourge of degenerate art. Amongst the stated goals of the exhibition was the “deliberate and calculated onslaught upon the very essence and survival of art itself,” along with “the common roots of political anarchy and cultural anarchy.” (2)

Included in the collection were works by the Swiss painter Paul Klee. One hundred and two of his paintings had been seized, though a rather famous one survived in the hands of the Marxist mystic philosopher, Walter Benjamin. The piece was called Angelus Novus, and Benjamin would later write about it, without revealing that it was in his possession. Its angular and stark depiction inspired his famous conception of the “Angel of History.”

Before Walter Benjamin’s attempted escape through Spain to the United States, the mystic had entrusted the painting to his friend, the student of the transgressive Sacred, Georges Bataille. The painting itself is transgressive, an incomprehensible Sacred, wishing, as Benjamin wrote, “to stay, awaken the dead, and make whole what has been smashed.(3)” But the angel cannot: its wings are caught, it must continue on this new wind, leaving the wreckage of history behind, progressing not towards some great evolutionary goal, but merely away from the ruins of the past.

That the painting was seen as degenerate makes the Angel of History more fascinating. The Fascist current of history, the one which awakens strongly now in our present, cannot abide degeneracy and sees it everywhere. Fallen, fallen are we, decadent pale shadows of our once great glory. Our blood is too mixed, our house too messy, our genders and sex too confused, our borders unfenced, the land crowded with foreigners, our children dirtied by the melanin of others. Make America Great Again, restore the Empire, save Liberal Democracy, uphold the rule of law, return to us an innocence that never was.

Where the Fascists see former glory, the Angel of History, passed hand-to-hand by degenerate leftists, sees only wreckage. Walter Benjamin would not survive the Nazi attempt to restore Germany to its mythic former glory, but the Angelus Novus did. One even suspects the Angel of History did have time to awaken at least some of the dead. Benjamin haunts these pages, as does Bataille’s search for a transgressive Sacred, as does the Angelus Novus itself, all collected in the messy, fierce, resurrection of a degenerate left sacred.

What is a sacred left? What is left of the sacred? What is the left sacred? These are the interweaving themes of this third issue of A Beautiful Resistance, watched over by the Angel of History, its wings forced open by a wind from another world.

This issue was co-edited by Lia Hunter and Rhyd Wildermuth, foreworded by Margaret Killjoy, and also proudly displays the artwork and photography of Lois Cordelia, Marion le Bourhis, Christopher Delange, and Brianna Bliss.

May all that is messy, degenerate, unrestrained, and feral about you awaken, and may you dance in the winds of history.

You will probably love our print and digital publications, including our journal A Beautiful Resistance and Christopher Scott Thompson’s new book, Pagan Anarchism! Find out more here.

I could drink green curry
like water from your lips,
awash in a verdant haze.
Longing to never wake-
to never surrender this
Becoming-Bliss.
My will has dissolved into
the finest soma
and all my dreams becoming
the favored liqueur of the Gods.

I spoon jam sparingly
onto a piece of toast
hoping to add moisture
to this texture of cardboard.
All I know is that if this
famine does not end soon
there will be nothing left
except a spoon, an empty jar of jam
and a sheet of cardboard.

Did you know that I have the key?
There is an escape
And there is a way out
Don’t follow the light,
It is not for you and I.

I follow the scent on the wind
The promise of winter’s crisp breath
I follow the sound of a branch breaking
Nock Draw Anchor Aim
Release.
A breath for the taking

I will never grow tired of
Shedding skin
Whether it is mine or yours
It matters not when we are becoming
Other, becoming whole under the open sky

Did you know that I care not
For the opinions of your gate keepers?
I only ask
To drive this nail home
That I have no masters
And this cage is only kept around
For the rattling
A score for the settling
Bones for the breaking

Like a snake
I flick flick flick
My lids and silvery tongue
while cities fall to dust
and my doubts slide
Like a slip off my unbent
Unbroken back.
Attend!
Watch closely
As I destroy any bonds
Placed upon me
Time and time again
With a ululating cry
To battle

We’re currently in the editing process of the next issue of A Beautiful Resistance! Pre-order, subscription, and underwriting information is here.