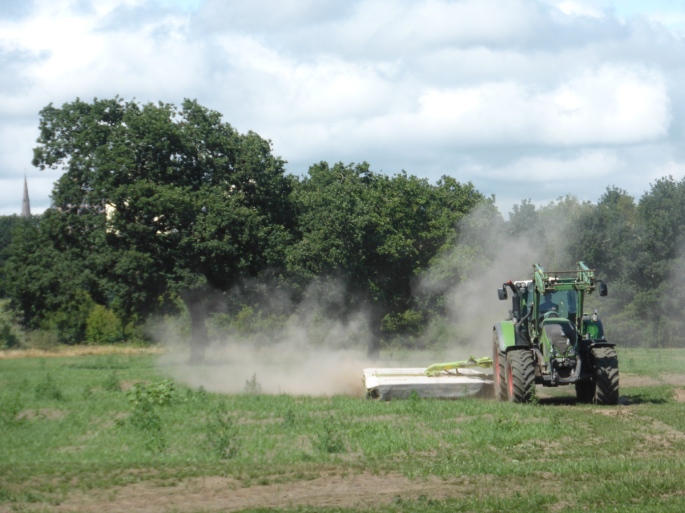 On Wednesday 1st August, Lammas/Lughnasadh/Gwyl Awst, a drought summit took place in the UK between the National Farmers’ Union and environment secretary Michael Gove. Due to the summer heatwave crops have been ‘wilting or failing’ and ‘livestock running short of grass and fodder’. To assuage this the Environment Agency have agreed to be more flexible with abstraction rights for ground and river water so farmers can water their crops and animals.

Is this a freak occurrence like the summer of 1976? Or, along with the trend of record-breaking temperatures is it demonstrative of man-made global warming and a weakening jet stream? Whatever the case, the holding of a drought summit on the day of our harvest festivals seems ominous.

Science can present us with the facts and figures about such events, but does not explain their meaning. For this we must turn to myth, to the gods and goddesses associated with harvest and drought.

In the Irish myths Lugh is a god associated with Lughnasadh and the harvest. He instigated this festival in honour of his mother, Tailtiu, who died clearing the plains of Ireland for agriculture. He also rid Ireland of oppression by killing the giant, Balor of the Piercing Eye, and forced the tyrant, Bres, to teach his people to plough, sow and reap.

Thus it makes sense for me, as a Brythonic polytheist, to turn to Lugh’s cognate, Lleu Llaw Gyfes*. However, this is not as easy as it seems for, in the Welsh myths, Lleu isn’t associated with the harvest at all. There are only vague overlaps** between their stories and Lleu’s is far more enigmatic and less comprehensible. So, the day after Gwyl Awst, I set out on a journey in search of Lleu.

II. Where is Lleu?

“Where is Lleu?” I take flight as something like a bird that is fast as a bullet.

I fly over the two oaks in the farmer’s field near the Ribble, settle black-winged amongst the crows who jostle in the trees. I see a tractor harvesting dust but there is no sign of the skilful-handed one.

“Where is Lleu?” I fly south over fields where wheat once stood but has been harvested early, dry looking barley, brittle oil-seed rape that may not yield its precious oil, see no sign of Lleu Llaw Gyfes.

“Where is Lleu?” I fly to Wales and circle Dinas Lleu, but the ruler of the fortress is not at home.

“Where is Lleu?” I call out to my god, Gwyn ap Nudd, for guidance, find myself plunging through a portal between two oaks then landing in nothingness in a sprawl of black feathers and arms and legs.

A man in a combine harvester is creating the nothingness as he harvests up the crops leaving nothing.

I run through the nothingness. Nothing gets in the way and I reach the fields. I am surrounded by wheat, swaying gently in the wind, the summer sun shining down on my face; I am no longer myself but a golden boy, laughing, dancing, playing, chewing on the sweetness of a stalk, bright and warm.

Yet paradise doesn’t last for long. An ill wind blows, the sky darkens, fills with crows. I see the reapers in the distance with their blades and the man in the combine harvester reaping nothing not far off.

That is my first intimation of death. “Uncle Gwydion, Uncle Gwydion!” I run into his arms.

My second intimation occurs when I am on a ship. A wren lands on the bow before the bright burning eye of the sun and I hit it between the eyes with my sling shot and it falls down but the sun won’t stop staring – it is the eye of a giant – and the giant is raising a piercing spear and taking aim.

My third intimation is within the coronas of my wife’s eyes. I tell her the conditions of my death and see myself in that ludicrous position – one foot on a bathtub under an arched roof and one on a goat.

The spear pierces my side. Knocked sideways I scream horribly, flapping clumsily. Finally I gain my wings and fly as an eagle to the tallest of two oak trees. My blood drips down and, as the wound festers, rotting flesh, writhing maggots, like useless stories, which are devoured by a hungry sow.

In the distance I see the combine harvester circling closer and closer with its nothingness. The second oak catches fire and I cannot shift my rotting skeleton. “Uncle Gwydion, Uncle Gwydion!”

III. From the Summit of the Oak

In ‘The Fourth Branch’ of The Mabinogion, Gwydion sings Lleu down from the oak and he takes revenge on his killer, Gronw (the man driving the combine harvester?), by killing him, in turn, with a spear.

What do my visions of Lleu mean in the context of the drought summit? Unlike Lugh, Lleu is not much of a hero and it takes a near-death experience for him to gain the veracity to triumph over his rival.

The man in the combine harvester perhaps represents destructive ways of farming. In response to Gove’s decision, Nick Rau from Friends of the Earth said: ‘Food production is clearly essential, but so are our wild-life rich rivers. These mustn’t be sucked dry to help prop up unsustainable farming methods. Sustainable farming systems that work with nature are more resilient to extreme weather conditions. Measures such as building up soil carbon will improve soil resilience and help fight climate change. And the government must do far more to boost water-efficiency and force water firms to fix their pipes. It’s a scandal that millions of litres of water are lost every day through leaks.’

Lleu, the harvest, and Gronw, the harvester, are constantly at odds, killing each other with their spears. And all the while the bright burning eye of the sun-giant shines down, getting hotter and hotter each year as our climate grows warmer. It seems we need a better alternative than constant battle.

Our dependence on the land and agriculture feels increasingly important as we face the possibility of a ‘no deal’ Brexit, knowing Britain grows only 60% of its food and 40% is imported. Our government, increasingly incompetent, to which we turn child-like, cannot sing Lleu down from the tree.

Yet in times of crisis come new visions. From the summit of the oak what do you see?

*Both Lleu and Lugh may have developed from the pan-Celtic god, Lugus. Their epithets Lámhfhada ‘Long Arm’ and Llaw Gyffes ‘Skilful Hand’ also suggest a common origin.
**The attempts of Arianrhod, Lleu’s mother, to prevent him from winning a name, arms and a wife share parallels with Balor trying to stop Lug gaining a name and wife in order to prevent his prophesied death. 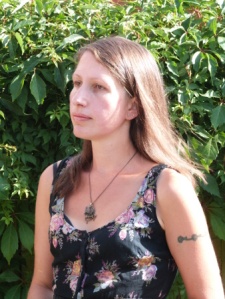 Lorna Smithers is a poet, author, awenydd, and Brythonic polytheist. She is currently exploring how our ancient British myths relate to our environmental and political crises and dreaming new stories. As a devotee of Gwyn ap Nudd, a ruler of Annwn, she seeks to reweave the ways between the worlds. She has published two books: Enchanting the Shadowlands and The Broken Cauldron and edited A Beautiful Resistance. She blogs at Signposts in the Mist.

We now have t-shirts! Sales directly support our work. Order by clicking the image below. 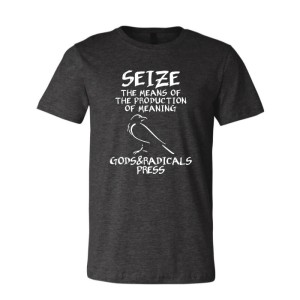