Go directly to the advance sale page at this link. 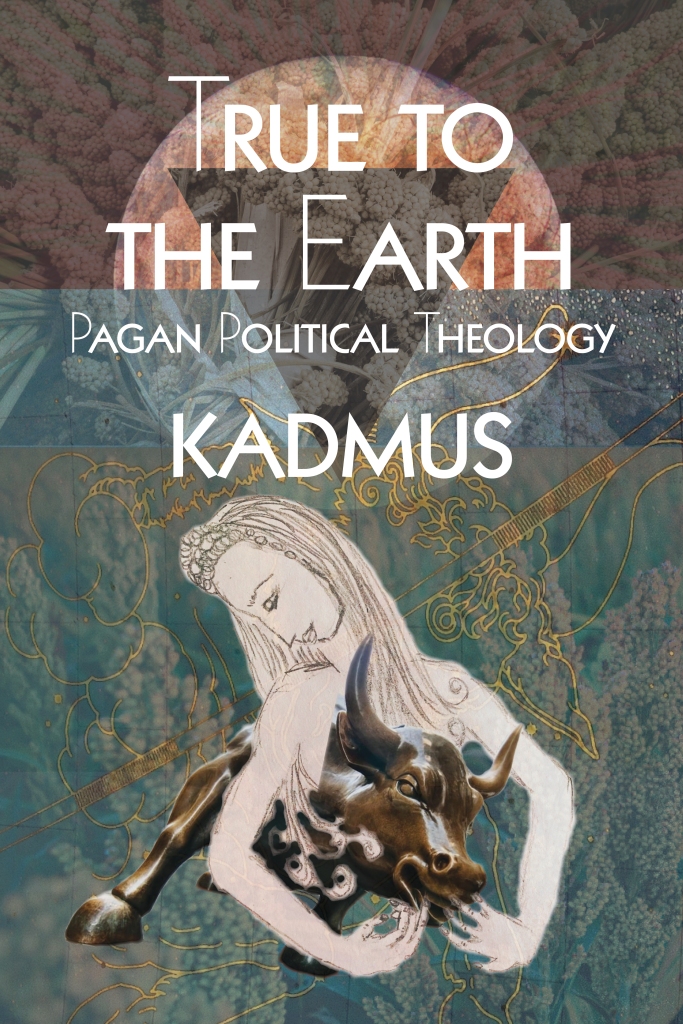 Much more than traditions and customs are lost when an animist culture is suppressed or destroyed. Into the abyss of forgetting goes also an entire way of seeing humans, animals, gods, and the rest of nature, as well as the relationships these things constantly forge with each other.

These were also the worldviews of ancient Pagan cultures before the dominance of writing and monotheism supplanted them. Organic pluralism, an embrace of multiple, conflicting truths, and a deep understanding of the interconnection between humans and the natural world: all were core values of oral and animist cultures.

As global climate change and the collapse of Empire throw the earth and our modern societies into crisis, these core values are what humanity and the nature it destroys desperately need again.

In True To The Earth: Pagan Political Theology, author and professor of philosophy Kadmus weaves a narrative from the lore of Celtic, Greek, Norse, and indigenous traditions to show us how we once saw the world and how we can see it again. He unveils the modern assumptions which blind us from seeing the past and what we’ve lost, challenges the core foundations of literal, universalist thinking, and shakes us free from the unseen bonds monotheism has placed upon our understanding of ourselves and the world.

Well-researched and erudite, yet written in an engaging and accessible manner, True To The Earth offers back to us what we have lost, and gives us fertile soil from which a new earth-centered political understanding can arise.

Kadmus is a published academic with a Ph.D. in philosophy teaching at the college level. He is also a practicing ceremonial magician with a long standing relationship to the ancient Celtic deities.

True To The Earth: Pagan Political Theology will be released 15 October, 2018. Gods&Radicals Press is offering advanced purchases at reduction from the regular price.

Advanced-purchase single copies of True To The Earth are available for $12.50 each (regular $16)

In addition, True To The Earth can be purchased together with Pagan Anarchism (by Christopher Scott Thompson), A Pagan Anti-Capitalist Primer (by Alley Valkyrie & Rhyd Wildermuth), and Witches In a Crumbling Empire (by Rhyd Wildermuth) for $37.50 (regular $52.00).

All orders will ship before the full release. All books within the package orders ship together when True To The Earth is released.

To order, please use this link.